Every Little Detail, Every Bit Of Info!

Welcome to Indore. The land of Food, Culture, Modesty, Charm, and Outright Hospitality. This is a place, which feels like home, even if you visit it for the first time. Indore has very rich roots and over the period of time, has become one of the most liveable cities of India. Though it might be a tier 2 city as for now, but it is accelerating fast to become a metro and many people already see it as one of the metros of India. Right from Commerce, Finance, Media, Art, Fashion, Research, Technology, Education, and Entertainment; Indore has it all covered and is a proud financial capital of Madhya Pradesh.

Indore is not only famous for the lip smacking food that is on offer here, but is also famous for the Markets like Khajuri bazaar, Cloth Market, 56 Shops, Dawa Baazaar, Rajabada, Sarafa; the brands, and the specific festivals that are celebrated here in the city. Indore spans over 3900 square kilometres and is home to about 3.2 million people. It is 9th largest city of India and 76th of the world.

If you are going to have a look at the history of Indore, then it roots back to 16th century where it served as a trading hub between the Deccan and Delhi under Maratha Empire on 18 May 1724. Later, Indore was ruled by the Maratha Holkar dynasty, until they acceded to the Union of India. Indore also served as the capital of the Madhya Bharat (Central India) from 1950 until 1956. 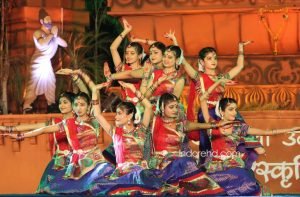 If there’s one true definition of unity in diversity, then this city is the living example of it. You will find people of all religion living here in complete harmony and people from almost all over India have settled here. The major population of Indore is dominated by Hindus, followed by Muslims, Jains, Christians, Parsis, Sikhs, and Buddhists. As Indore is centrally located, people often choose this city for Education and Business and this result in a diverse culture. 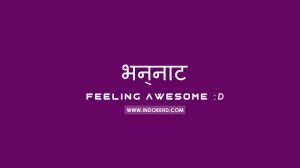 The chief language of Indore is Hindi and you won’t find yourself having any difficulty at all conversing in this language. 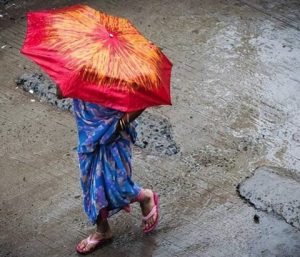 The climate in Indore is quite pleasing and is not at the extremes in both summers and winters. During summers, i.e. between April to Mud of July, the temperature hovers between 35-40 degree Celsius and during winters, it ranges from 2-28 degrees. As Indore is located at the southern edge of the Malwa Plateau, the evenings here are always pleasant and if you are visiting the city at the peak of Summers, you will be surprised by the serenity and cold breezes in the evening.

Indore gets moderate rainfall of 30-35 inches between mid of July to around end of September. 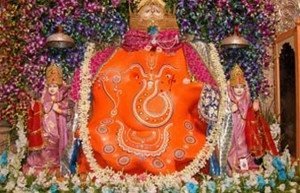 Temples and Other Religious Places

Indore has many famous temples and for someone who is religious, this city has many places to keep him happy. Temples like Khajraana Ganesh, Annapurna, Geeta Bhawan, Mari Maata, Indreshwar, Imli Saheb Gurudwara, Red Church, White Church, Bada Ganpati, Kaanch Mandir, Bijasan Tekri, Gomatgiri; are some of the most famous and visited temples and religious places in Indore and they are crowded all the time.

Indore also has a lot of recognition in India for some of the specific crops that Indore is very much famous for. 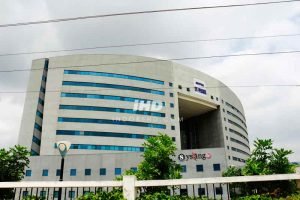 Over the last decade, Indore has grown a lot and has also attracted investment from many parts of India.

Indore has many IT offices, Manufacturing units, Heavy Industries etc and thanks to the Global Investors Meet that takes place once in every two years; this city is growing on an immense scale like clockwork.

Indore has become an Education hub and has gained a lot of recognition in India, for its coaching institutes and level of education that is on offer. It has also accelerated past Kota, which was known for churning out the majority of top rankers and now Indore is the city which tops the numbers, when it comes to the students who have scored the maximum ranks in respective top exams of India. Schools like Daly College, Emeralds Heights International, Delhi Public, Shishukunj, have gathered immense popularity. Indore is also the only city in India which is home to both IIM and IIT. With major names in coaching like Allen, Gupta Tutorials, Professional Tutorials(PT), CH Edge Makers and the likes that have solutions for the major exams that are conducted on yearly basis in India.

When it comes to colleges and quality further education; Indore ranks quite high. There are total of 45 Engineering Colleges, 5 Medical Colleges, 2 Dental Colleges, 45 Arts And Commerce Colleges, 1 Ayurveda College, 1 Homeopathy College and 1 Paramedical College In Indore. 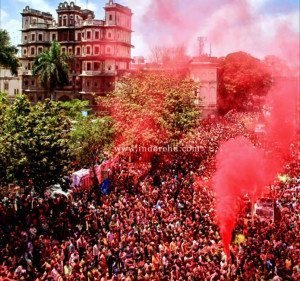 As Indore is home to diverse culture, this city celebrates all of the major festivals of India with lot of gusto. People not only just celebrate the festivals here, but they also do some or the other social cause along with it, in order to help the needy people as well. Here are some of the list festivals that are specifically celebrated in Indore.

This is probably one festival that you shouldn’t miss attending. We bet that you haven’t seen something like this in your life, ever. Though, the basic line of celebration is the colours and this festival is celebrated five days after the Holi. The local municipal corporation sprinkles colour mixed water on the main streets of old Indore over everyone who gathers up to celebrate and witness this awe inspiring event. The main procession, or the ‘Gair’ as it’s locally called, takes place at the Rajwaada. The trend of Rangpanchmi celebrations was started during the Holkar reign and continues to be celebrated till date.

Come September and you will see Indore adorned with the celebrations of Anant Chaudas. Huge processions take place at some parts of the city on the eve of this festivals and large idols of Lord Ganesha is immersed in water at the end of it. This is surely one festival to witness in Indore.

Well, we bet you wouldn’t see the kind of celebrations Indore has in store for you in any other city in India on Navraatri. Forget the other Gujarati dominated states or cities of India; Indore celebrates Navraatri at a level that will make you forget any other Navraatri festival that you have ever attended in your life. Places like Abhivyakti, Saket Garba, and many other organisers in Indore give you that taste of celebration that you must have never seen in your life.

Ahilya Utsav marks as the death anniversary of Rani Ahilya Bai, the brave queen of Indore and the festival is celebrated once a year. 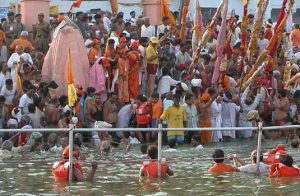 If you have come to Indore for leisure or just a visit, then you also have an option to explore the districts around Indore.

To the North, lies the ancient and holy city – Ujjain, which is famous all over India as it is one of the Jyotirlingas. To the East lies Dewas which is home to many industries. Khargone is to the South and Dhar is at the West of Indore. 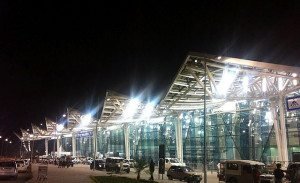 As Indore is centrally located, it falls at the centre connectivity to the majority of the cities in India. If you are travelling to Indore from any part, you won’t have much of a difficulty reaching here.

Devi Ahilya Airport is state of the art domestic Airport that lays 8 kms from the main city. The construction of the Airport was commissioned by erstwhile ruler Yashwant Rao Holkar II and was done by Tata & Sons – in 1935 and was handed over to the central government on 1 April 1950. It is the busiest Airport of central India and also acts as the hub of cargo transportation. There is also an integrated international terminal in the Airport that was inaugurated in the year 2012. The major Airlines are Air India, Jet Airways Konnect, Jet Airways, IndiGo, and Ventura Air Connect that connected cities like Ahmadabad, Bhopal, Delhi, Hyderabad, Jabalpur, Lucknow, Mumbai, Nagpur, Pune, and Raipur.

Indore Railway station is located centrally and can be easily reached without any difficulty. It comes under the Ratlam Division of the Western Railways and has both the broad and the medium gauge. Indore is directly connected to the metro cities like Delhi, Mumbai, Kolkata, Chennai, Pune, Lucknow, Kochi, Jaipur, and other cities like Ahmadabad, Hyderabad, Trivandrum, Chandigarh, Kollam, Gorakhpur, Coimbatore, and Calicut. People coming from almost all the major pars of India will not have any difficulty finding a direct train to Indore.

Indore BRTS garnered a nationwide recognition when it was first introduced. The buses cover the major parts of Indore and offer a very cheap mode of transportation. City Bus operates on 36 Routes, with around 170 bus stop stations. The buses are colour-coded according to their route. The buses are both air-conditioned and Non air-conditioned and are equipped with GPS and IVR to help them located and run as per the exact time and location of the stops. 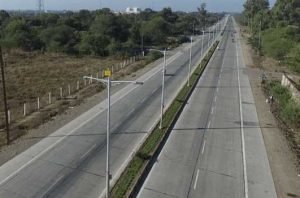 Indore has five of the main and busiest roads; MG Road, AB road, Ring Road, MR10 and the Bypaas. While MG road is in the middle of the city and connects to the most posh markets and locality, AB road is the National Highway that runs right in the middle of whole of Indore. Ring Road runs in the circle around Indore and acts as a life line for trucks where they act as the major transportation between the states. MR10 is the official VIP road of Indore and it directly connects to the Super Corridor which is dubbed as the upcoming new phase of Indore. Bypass holds a lot of potential for investment and people who are looking forward to invest in a property should head straight here. May of the rich and affluent people have their homes and farms at Bypass and this area is dubbed as the future phase of residence in Indore.

The other Important connecting roads of Indore are:

Take the opportunity, join the Directory portal, add your company (organisation) profile in the list and promote your business with us. Fill your profile, add all important information and navigate people straight into your business.

GET ALL THE INFO & LATEST UPDATES ABOUT INDORE AT ONE PLACE!
Blog
10 Reasons Why You Should Read The Bhagavad Gita Today
December 17, 2021
Team IndoreHD
Bhagavad means “of God” and Gita means “song.” Hence, the Bhagavad Gita literally means ...
Blog
Bookmark These 15 Iconic Hindi Songs That Capture the Mood of Monsoons
August 9, 2020
Indore HD
People across India celebrate the monsoon, not just on their mobile apps, but with ...
Blog
Safety Tips Suggested by Doctors After the re-opening of Gyms & Yoga Centres
August 6, 2020
Indore HD
Due to the COVID-19 pandemic, everything across the world was shut and now, things are ...