The Imperial Blue Superhit Nights #MenWillBeMen is a series of one-day live concerts. Its second season is now happening across six cities – Jaipur, Indore, Lucknow, Cuttack, Guwahati, and Mangalore, and leading the pack across these cities is India’s rock star – Farhan Akhtar! 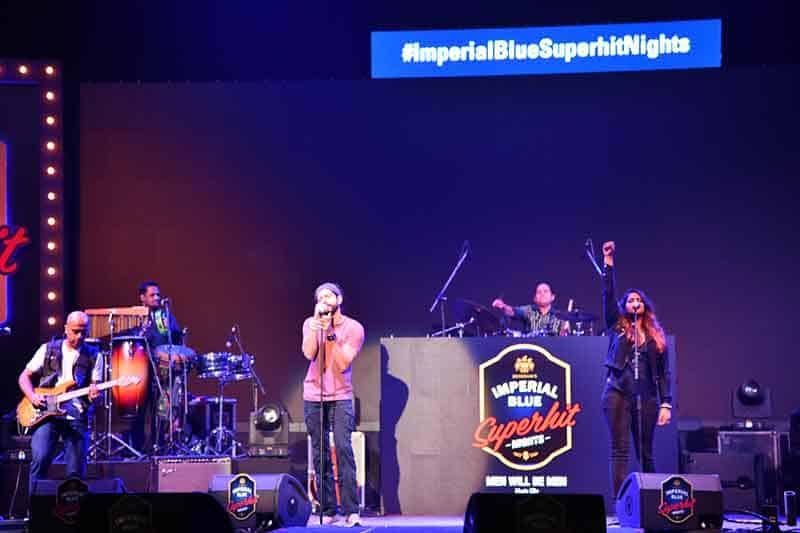 Indore had a rocking first weekend of 2018, all thanks to #FarhanLive. With Farhan Akhtar gracing the stage at Rangoon Garden in his casual self, he was brimming with enthusiasm and sang some of the biggest hits he’s been a part of as a director, producer, actor, and singer.

The jam-packed Rangoon Garden was proof enough of the large-scale following of #FarhanLiveBand. Thousands of excited fans hummed to the tunes of Farhan and sang along everytime he pointed his microphone towards them at the #ImperialBlueSuperhitNights concert. The crowd erupted in a deafening cheer everytime he chose to put his hands up and swiftly tap his feet on the stage! 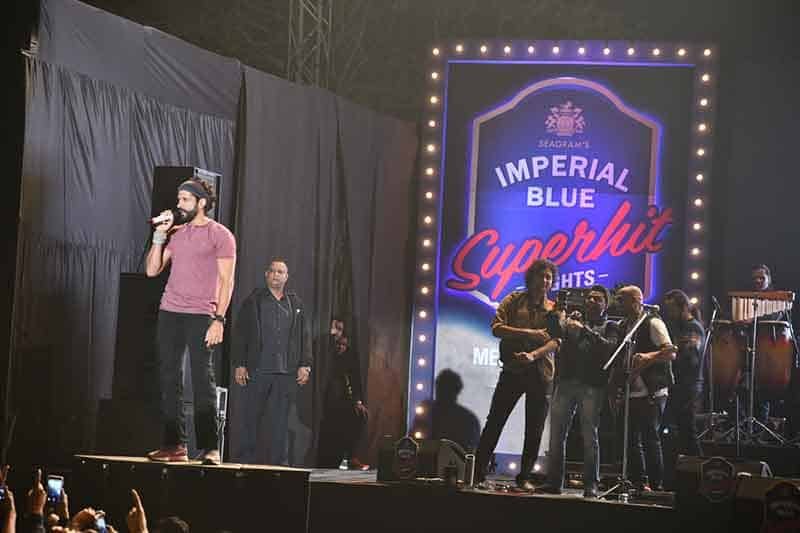 Farhan, along with the female vocalist of #FarhanLiveBand Shannon Donald, sang some of his best compositions – Socha Hai, Pehli Baar, Senorita, etc. While some loved grooving to ‘Pichle Saat Dinon Mein’, others had a moment of reminiscence to the time when they first heard the ballad ‘Atrangi Yaari’. We knew a song could make us feel differently but listening to it live painted a vivid magical picture in our minds. Farhan also touched everyone’s heart by reciting a few lines from his poetry ‘Zinda Ho Tum’ from ZNMD. 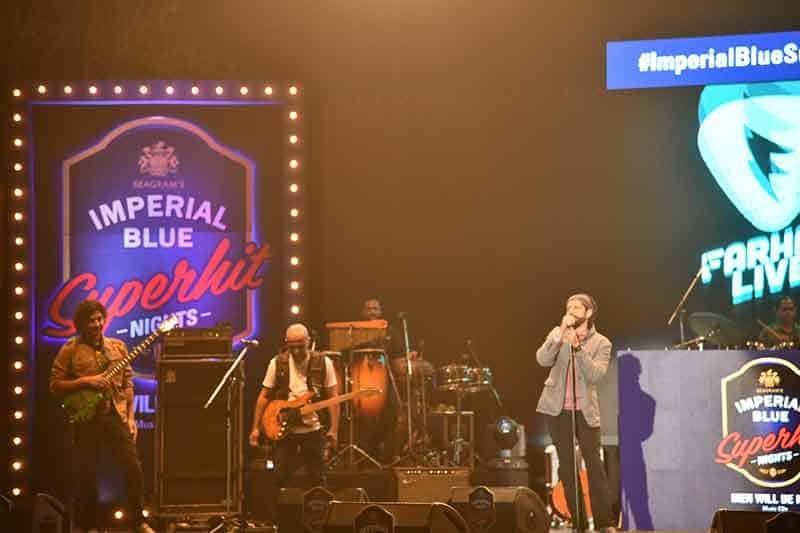 The city witnessed a memorable Saturday night as #FarhanLive stole the show with his live performance of @FarOutAkhtar at the @ImperialBlueSuperhitNights at the Rangoon Garden.

It’s not often that we get to be a part of such events which fill our soul with joy. We had the pleasure to be a part of the #ImperialBlueSuperhitNights with many music enthusiasts and cover them digitally for Indore! Three cheers for Farhan and his team for bringing alive the night! It was an amazing experience to witness such a magnificent concert. #FarhanLiveBand is truly rocking!! His songs made us dance to his beats through the event and kept us tapping even after it got over.