Indore! Get ready to have a party of your life. For the first time, this city if going to witness a beer pong tournament, that is different, an event that is refreshing and a tournament that you have probably not heard of. If you are a party animal who just loves to have a gala of a time with a glass of beer in your hand, then this game is going to take you for a ride! Yes! Beer Pong Slam Edition 11 will be organized at the Crescent Water Park in Indore on 19th of August, 2017 and this is everything you need to know about it!

So, What Is Beer Pong?

Beer Pong is also commonly known as the “Beirut’ and is a drinking game, where two teams participate in order to win it. The players have to throw a ping-pong ball across the table that is lined up with beer glasses and the team who is able to land the ball in the maximum number of glasses, ends up winning the title. What makes it even more interesting is all the mad rush that surrounds the game, where people are high with spirits and beer! 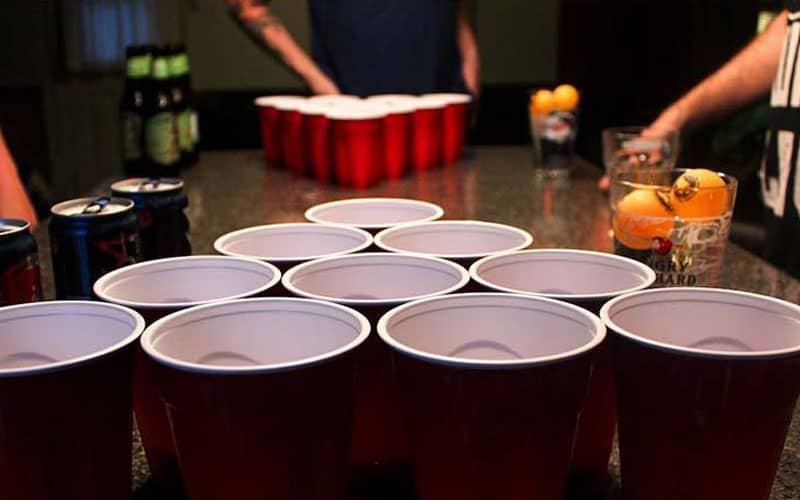 What Makes It So Special?

The fact that it is one of its kind fest that is going to be held for the first time in Indore and gives you an opportunity to enjoy beer like never before. We are sure that you might have spent boring weekends having a pint of beer in your room or terrace but this Saturday, you could live it out loud with people, who are as passionate as you are when it comes to the beer!

Why Must You Attend It?

Who’s gonna miss this fest?! Where all you can do is to enjoy at your fullest and have booze without anyone telling you not to do so! They are also aware of the health hazard so there will be a shot of “Morning Fresh” on offer which acts as a natural detox that cleans out the system, flush out toxins, and protects your liver.

Keep yourself free this Saturday and be a part of one amazing party that you are sure to remember for a long time to come. Do make sure that you are posting pictures with hashtag #BeerPong!