10 Hilarious Shikaars that an Indori will make this Holi
March 10, 2017
Blog, Community, Entertainment
BY
iHDteam

The festival of colour is here and we are all excited and HOW! The fun and kick Indore’s Holi gives you, you can’t get that in any other place in India. Not because we have the famed ‘Rangpanchmi’, but the overall ‘Maahol’ that we have here in Holi is one of its kind. Keeping the ‘thet’ “Indoripan’ alive, Indore HD brings you 10 of those people whom you really want to colour this Holi just for the sake of that epic fun! 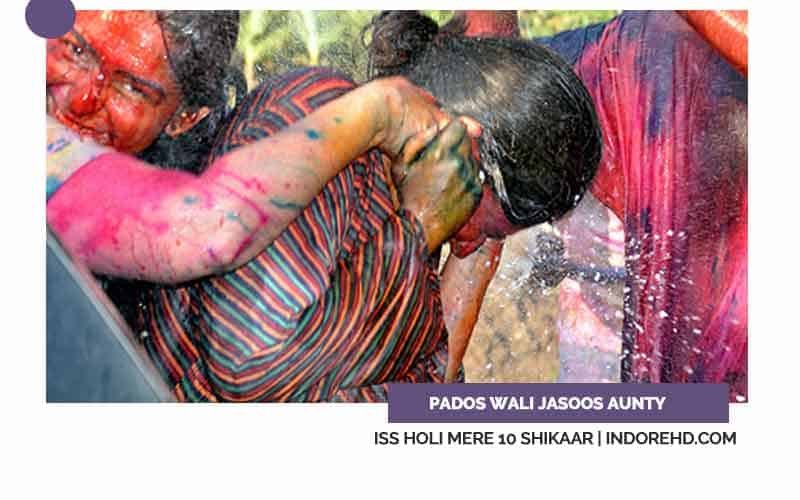 Every Indori has faced an aunty next door who always spies! When you come in when you leave, to where you leave, with whom you leave and wearing what you leave- seemed to be the concerned topics at the level of the next mission of ISRO to mars satellite. Well, remember that aunt for another time and make a naughty patch on the waist with a teasing pinch. So, this might be the best time of the year to take that ‘Badla’! 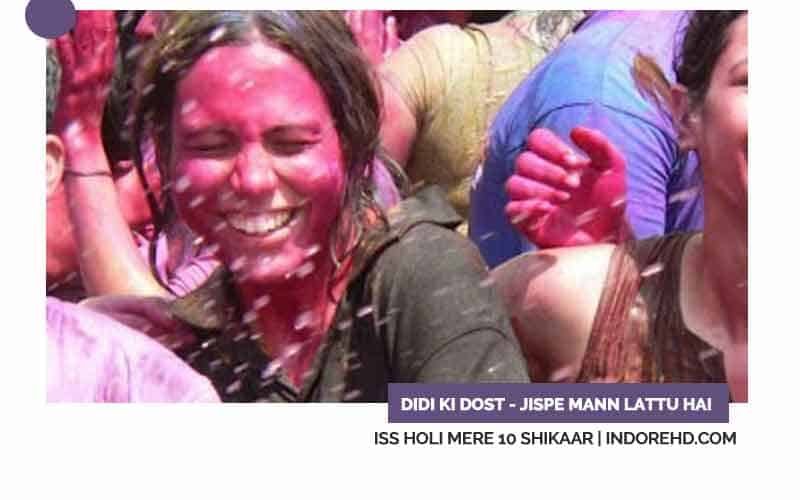 Now, this falls as a once in many chances when you can play the trick and escape its aftermath. From her hands to waist, to shoulder, to neck, to her chicks where ever you can show the glimpses of your crushed hearts in her name; gently. Don’t forget to escape thereafter! 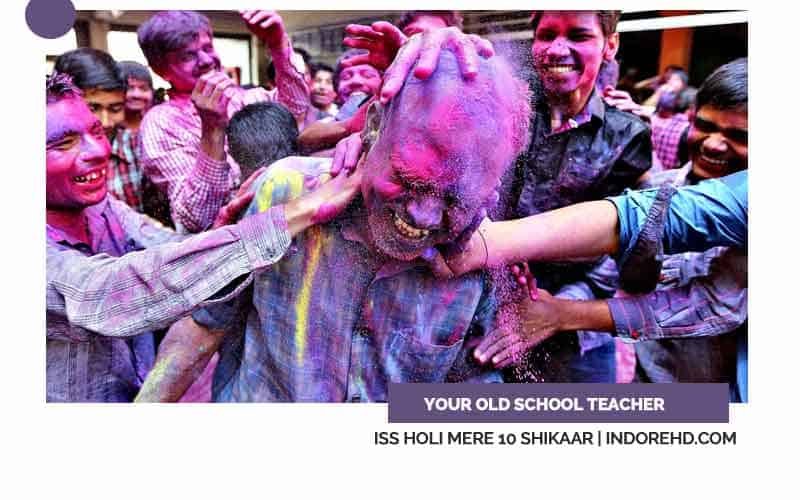 Bas bhiya! This is the right time to nikaalofy your bhadaas. Pel to kheech ke rang muh pe teacher ke! You know, he wont be able to say you anything because this is holi and it gives you all the rights of the world to paint anyone! 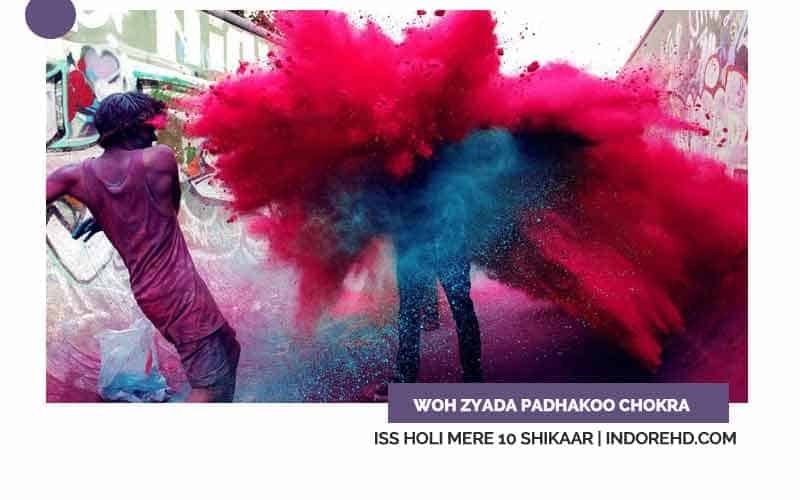 There’s always one in the class whose braid would interest you the most to pull a flick from, or steal her dearest objects: stationary. The nerd of all times needs a big shot of a lifetime. Plan something like pushing him to that ‘tanki’ jisme rang ghola hai or simply colouring every inch of his body so he spends the rest of his 2-3 washing off himself! The uncles who swaggered through the streets of your neighbourhood would be more concerned of his clothes than his face. Avoid gulal, avoid dry. It’s time to turn him freshen him up. Splash the bucket full of as good as what you can imagine in the paint. Splash the wholesome, make it secretly. From hiding behind the wall at the turn of your lane, above your terrace, near his car- souvenir freshening to vehicle as well; and make use of such a day since it could possibly come once in a year. 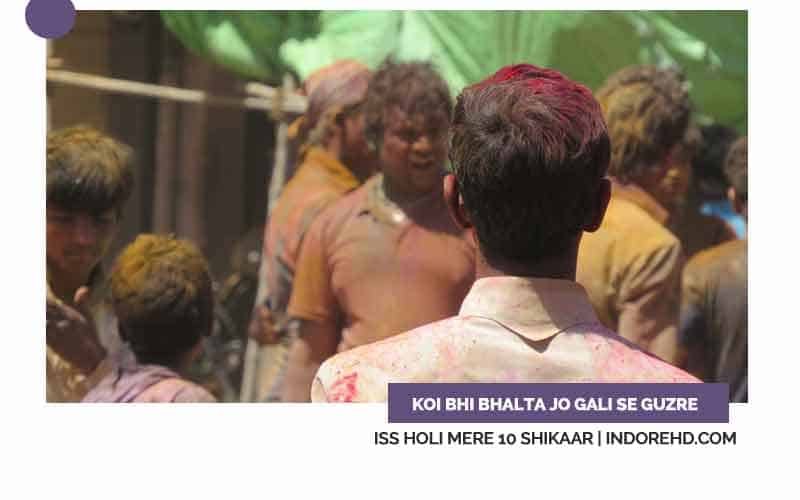 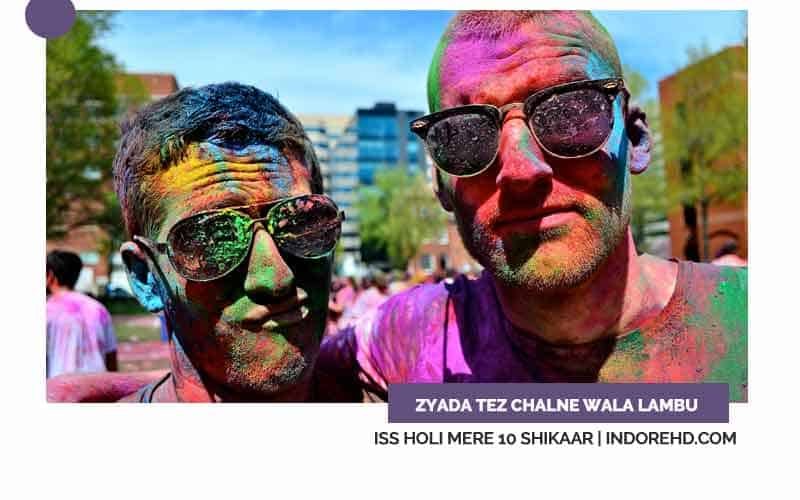 Maalam hai na wo launda, jo jyaada machalta hai school / college me. Bas! Gang up you guys and corner him on the day of hoi. Make sure that you are taking colours with you that need at least 2-3 days of wash to get off the skin! 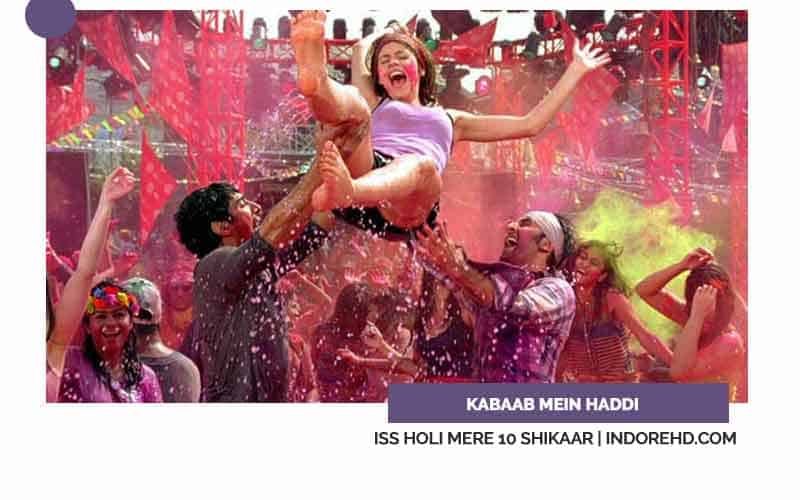 Pel do! NI! PEL DO! Need we say anything here for the big time paplu of your life, which place would make him the best joker of your darling’s life rather everyone’s Darling’s Life.

Wo Kameena Dost Wo Saala Hamesha Takleef Me Daalta Hai 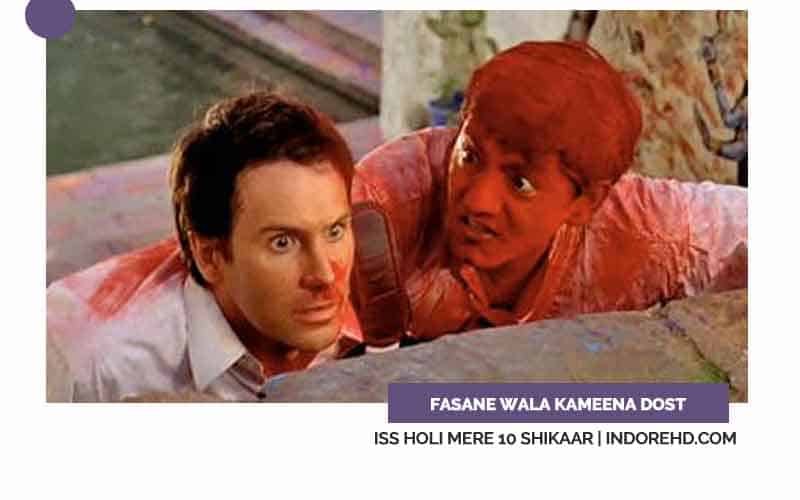 We all have that one friend whose mischief may end you up in trouble while he/she slipped away. Do not spare an inch by that wicked buddy. From hair to teeth to every possible part of flesh you could reach to- this is the pay back with a play back. 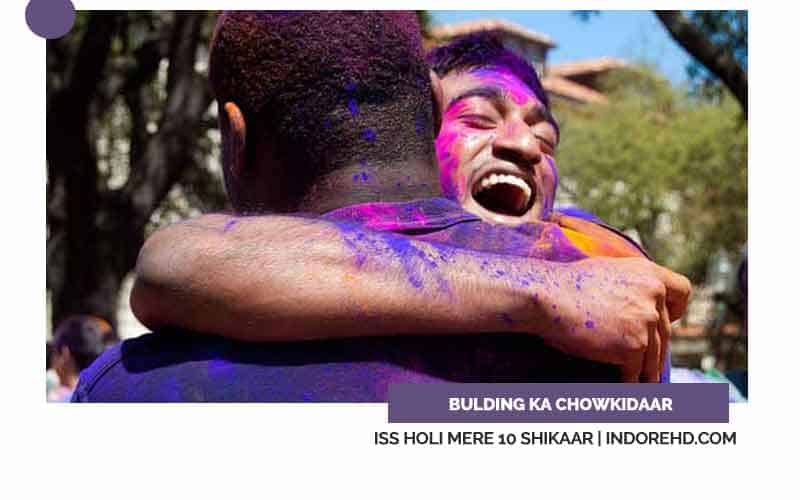