Indore has its culture influenced from Malwa, Maratha and Marwadi culture. It’s beautified variation in the food and architecture from other places of Central India are a result of the interesting background raising the city. 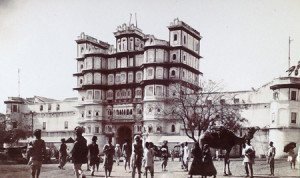 The history of Indore reveals that the ancestors of the founders of the city were the hereditary Zamindars and indigenous landholders of Malwa. The families of these landlords led a luxurious life. They retained their possessions of royalty, including an elephant, Nishan, Danka and Gadi even after the advent of Holkars. They even retained the right of performing the first pooja of Dussehra (Shami Pujan). During Mughal rule, the families were granted confirmatory sanads by the Emperors Aurangzeb, Alamgir and Farukhshayar, confirming their ‘Jagir’ rights. Rao Nandlal Chaudhary Zamindar was the Chief Zamindar and received a special place in the emperor’s court of Delhi. He was presented two jewel studded swords, which are now displayed in the Royal British Museum. He was also friendly with Raja Savai Jai Singh of Jaipur. He gifted him with a special “Gold Langar” which guaranteed a special place to him in all the Durbars of India.

In 1713, Deccan plateau was handed over to Nizam. This renewed the struggle between the Marathas and the Mughals. Read on to know more about the historical background of Indore. From time to time, Maratha invaders kept harassing the people of Malwa Rao Nandlal Chaudhary. Being the chief Zamindar, he had an army of 2000 soldiers.Once, while visiting the banks of river Saraswati, Rao Nandlal found a location surrounded by rivers on all sides. To protect his people from harassment by Marathas and Mughals, he started moving his people to this place and constructed the fort of Shree Sansthan Bada Rawala. This city was named Indrapur after Lord Indreshwar, and eventually came to be known as Indore. In 1743 AD, Baji Rao Peshwa finally received the Viceroyalty of Malwa. However he was bound by a treaty from infringing upon the rights of Zamindars.

For thirty years her reign of peace, The land in blessing did increase. And she was blessed by every tongue, By stern and gentle, old and young.
Yea, even the children at their mothers feet Are taught such homely rhyming to repeat. In latter days from Brahma came,To rule our land, a noble Dame, Kind was her heart, and bright her fame, And Ahilya was her honoured name. 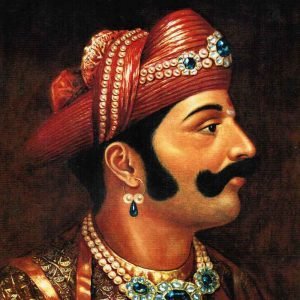 Malhar Rao Holkar was one of the four signatories of the treaty. So, on victory, the Peshwas appointed Malhar Rao Holkar as a “Subhedar”.This marked the beginning of Holkars’ reign in Malwa. Indore also came under the rule of Maratha Maharajas of the Holkar dynasty.

In 1733, the dynasty’s founder, Malhar Rao Holkar (1694-1766), was appointed as the Maratha Governor of the region.By the end of his reign, the Holkar state was independent. He was succeeded by his daughter-in-law Ahilyabai Holkar (1767 – 1795). She ruled from a palace-fort at Maheshwar, situated to the south of Indore. 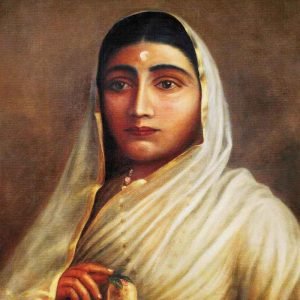 The treaty also declared the shifting of the capital of the Holkar state from Maheshwar to Indore. In 1947, after India’s independence, Indore, along with other princely states, became a part of the Indian state of Madhya Bharat. Indore was elected as the summer capital of the new state. Finally, on November 1, 1956, Madhya Bharat was merged into Madhya Pradesh.

Over the decades Indore has flourished and walked a long road. With every new year the city has incorporated a lot from the west and yet has managed to maintain its ground beliefs and ethics. Indore is one of the cities in the countries that has been rated as the fastest growing city and yet happens to proudly stand with its nascent culture and celebrates it with all retreat to rich history and heritage.Indoreans love to be desi, the essence of which could be found in every aspect of their living. The blend of the strong beliefs in traditional lifestyle and acceptance to modern ideas is what makes Indore an HD city.

Take the opportunity, join the Directory portal, add your company (organisation) profile in the list and promote your business with us. Fill your profile, add all important information and navigate people straight into your business.

GET ALL THE INFO & LATEST UPDATES ABOUT INDORE AT ONE PLACE!
Blog
Bookmark These 15 Iconic Hindi Songs That Capture the Mood of Monsoons
August 9, 2020
Indore HD
People across India celebrate the monsoon, not just on their mobile apps, but with ...
Blog
Safety Tips Suggested by Doctors After the re-opening of Gyms & Yoga Centres
August 6, 2020
Indore HD
Due to the COVID-19 pandemic, everything across the world was shut and now, things are ...
Blog
Simple Tips to Remain Positive and Happy During the Lockdown
August 2, 2020
Indore HD
Since the lockdown was imposed by the Prime Minister, many of us didn't step out of our ...