The Mountains Are Calling! Meet Our Very Own Mr. Everester from Indore - Madhusudan Patidar
October 30, 2017
Blog, Community
BY
iHDteam

Meet Madhusudan Patidar. A guy next door, who heard the mountains calling and unlike you and me, who book a ticket to Himachal and get the taste of our wanderlust; he decided to do something bigger. He decided to conquer the mighty Everest! 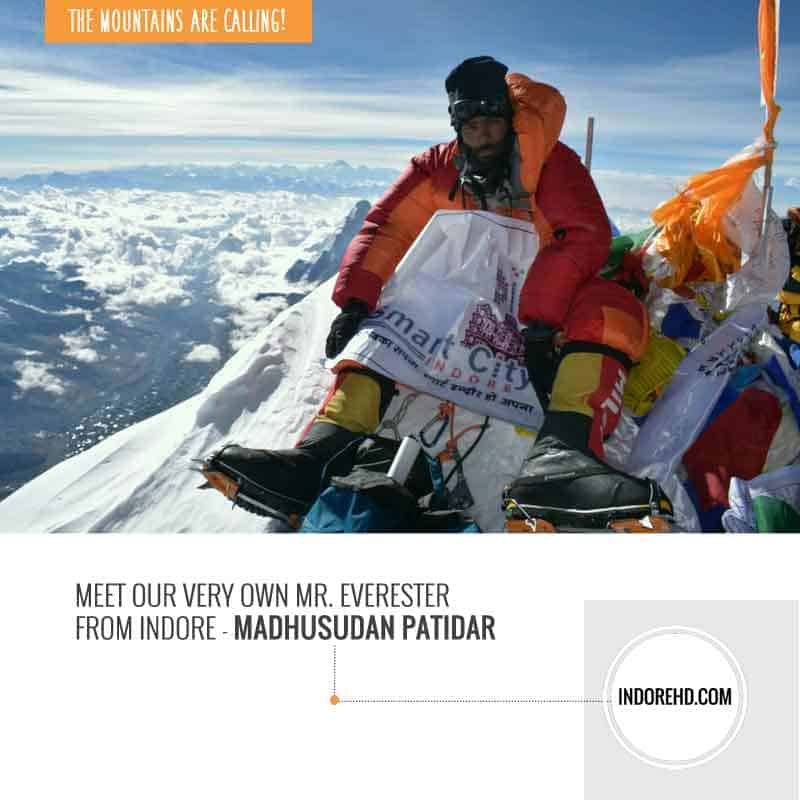 All this started when Mr. Patidar was a young bloke, in 7th standard when his father took him for a ride of his life and then to a small adventure camp. He got smitten by the idea of climbing rocks and mountains and by the age we were busy doing the chores of school, he has his eyes set on the Everest. That urge to know more about the mountains started from that age itself and Madhusudhan was collecting information, watching videos and gathering every bit of knowledge that he could to make his dream come true – To Climb the Everest. It slowly became his utter obsession and he enrolled himself for the basic course from Jawahar Institute of Mountaineering, and later, an advance from Himalayan Mountaineering Institute. After graduating, he started attempting high-altitude treks and later moved to Himalayan peak. Mount KR2, Stok Kangri, Mount KR3 attempt, Mount Kabru Dome etc!

All this while, Madhusudhan has always had his eyes set for the major goal and then came the time when he decided to flag off his ultimate journey. The road wasn’t easy as the Everest expedition consists of two months of rigorous preparation. There were a total of 7 members, which includes six foreigners and Madhusudan, in the group. The expedition started on 7th April from Indore and the team chose to trek from the North face as it was quite challenging to an extent that one wrong step and they would have plunged into the pit of death. Still the team decided to go for it as they wanted to experience the best Everest had on offer. 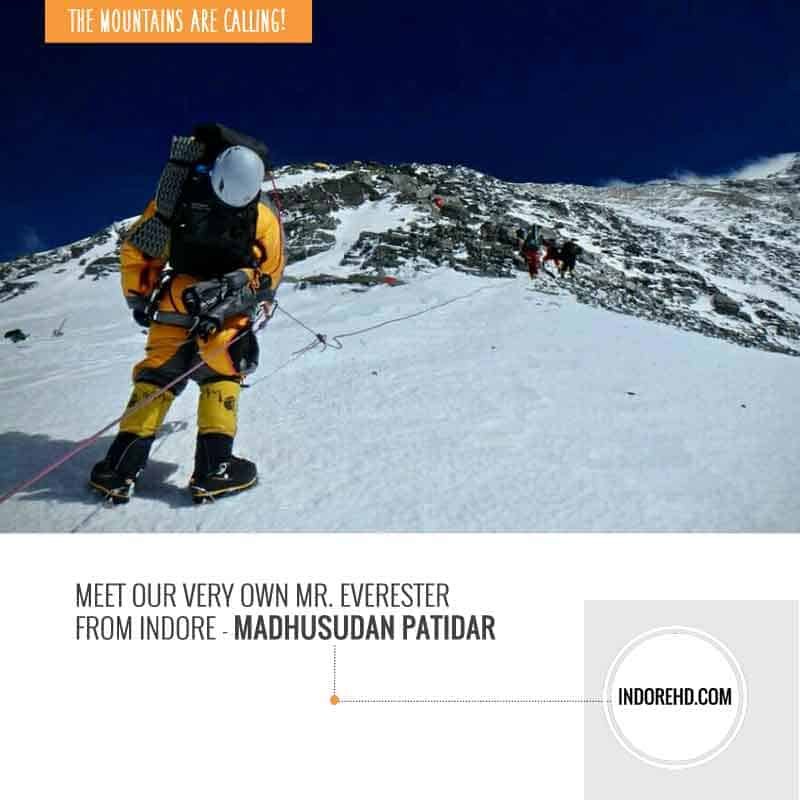 Summit and The Challenges Faced

The North side climbing was very tough as compared to the China Side, Madhusudhan stated. There is an altitude difference and extreme temperature makes it very tough for even the most experienced climber. The team reached the Base Camp on April 17th. Due to the weather changes, and as well as to get adjusted to the extreme temperature, they had to do rotation five times before entering the death zone. These rotations happened between the Basecamp, Advanced Base Camp, North Col, Camp 2, and Camp 3. The rotation and the summit were challenging and tough that four out of the seven members retreated from the summit. Finally, on May 2, Madhusudhan and two other members from England reached the summit. 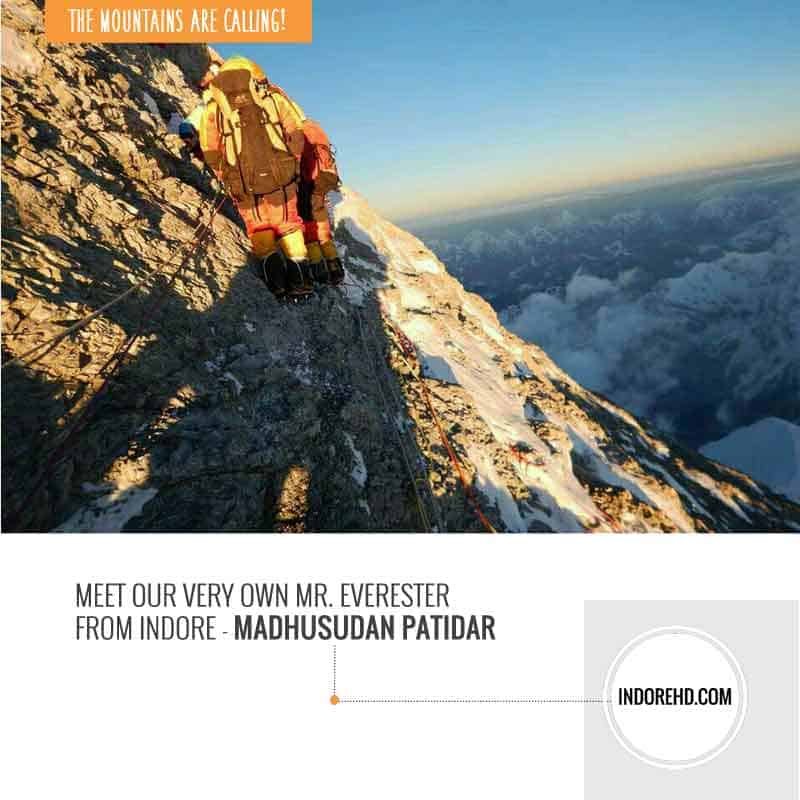 Madhusudhan States – “I named 21 May 2017 as ‘Dream Day’. I was standing on top of the world and was clueless on how to react to that fabulous view and the overwhelming experience. Everest made me confident than ever! It made me realize that no height is higher than the human will and passion. It has given me seeds for new dreams; to dream and make them come true! I want to make my country proud of me!” 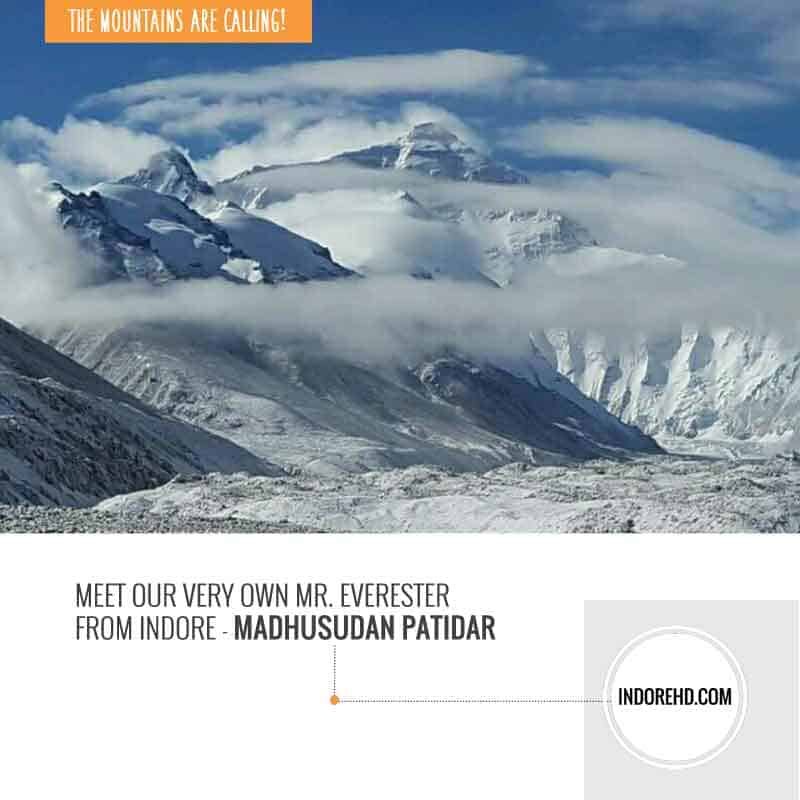 It was an experience of a lifetime for Madhusudhan as more than 4000 people have attempted to climb the Mount Everest and only 660 have succeeded, while 142 have died trying. He is one of the lucky 660 to have made to the top! 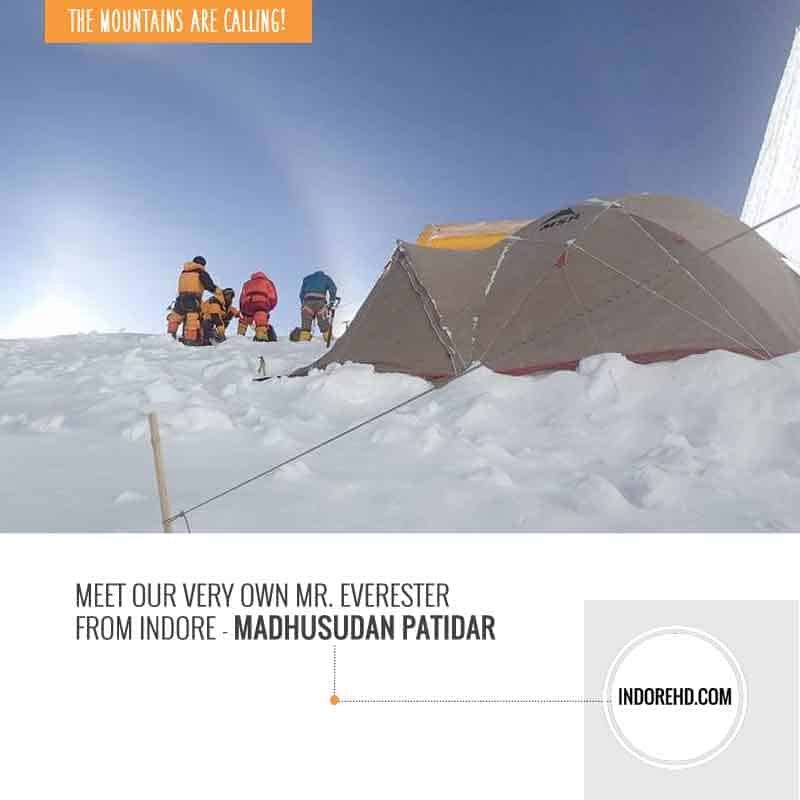 Victory didn’t come easy for Madhusudhan as he lost a part of his finger in the quest. When he came back to the camp and removed the gloves, he saw his hand covered with blood. Since his skin was exposed to the extreme cold for too long (even with the gloves on), he had a Frost Bite in his left side little finger. Two inches of the finger was cut off later by an operation. The team also lost one of the climbers as he collapsed into the gorge while summiting.

Madhusudhan now plans to summit Mt Kilimanjaro in Africa and it is in his Bucket list now. Truly an inspirational story of a lad from Indore! Makes us proud! 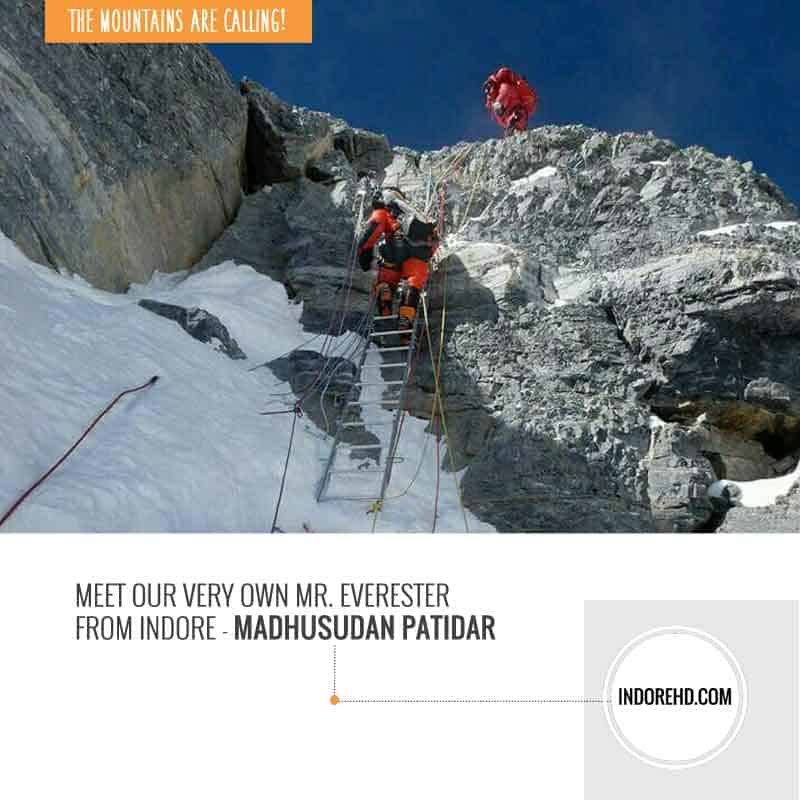