Every dish in India tastes best with a side hero, starting from ‘Maa ke hath ke garama-garam parathe’ to the finest serving of daal baafle in a lavish restaurant. If you love it when spicy food treats your taste buds, you definitely would love to have your side hero as the traditional combination of good health and fiery taste, ‘Pushpdeep Lahsun Chutney’.

Ever since childhood we all have delightfully experienced the peppery combination of garlic (lahsun) and dried chillies (sukhi lal mirch) with other flavour-adding spices in one or the other way. But in those good old days, these combinations were prepared in our kitchen with the essence of love by mother or grandma whereas today, these combinations are just a market product prepared in factories by machinery. Adapting the traditional techniques in this running era of life seems like a ‘hard-to-believe’ task to maximum families. Isn’t that true?

That is why Pushpdeep ltd. Decided to keep the real essence and taste of traditional Chutney alive for all those who wish to indulge in its taste. This article will give you a tour of Pushpdeep’s journey from moving in Indore to becoming the most favourite chutney of Indore. Be a part and know all about this new companion for your kitchen!

The Journey of Pushpdeep from 1986

In 1986 a couple, Mr Dinesh and Mrs Pushpa Gupta moved to Indore from a small village near Khandwa called Goganva in search of a brighter and wealthy future. After quite a struggle, they were finally establishing their life with a job and a small rented house in Rambagh area of Indore.

Once on a very casual day, a friend of theirs visited and demanded one of the most famous spices of Asia ‘teekhi Laal Mirch’ from Bediya, another village near Goganva. This wasn’t the only request they got, many others insisted too. The request reached for around 100 kilos and therefore the couple agreed! And next time they visited their native place, Mr Dinesh Gupta hand-picked red chillies directly from the farm and brought it back to Indore on a bus. When it was time for distribution of the big lot, their friends insisted on purchasing only dried chillies and that is when Mrs.Pushpa Gupta took the responsibility.

While drying out the chillies, they had to spread it outside the house due to lack of space which in fact became a fortunate turn of events and lead people to think that dried chillies were sold there. When the first inquiry came in for chillies, Mrs Pushpa sold out chillies with just a profit of 5 rupees. The low price and high quality brought it in demand and chillies were sold in large numbers. It didn’t take long to incorporate other strong spices like dhania, haldi and many others in the business. Every spice was bought either directly from the market or the premium quality was chosen from the big spice market of Bediya ganv. Hence, demand only increased!

Their work was so appreciated and known that the street they lived in got a new identity as, ‘Mirchi Gali’. Rambagh (the area they were addressed at) has a major population of Maharashtrian families. One of the very famous chutneys in Marathi cultures is Lahsun Chutney. And so it didn’t take long for Mrs Pushpa to understand that people wished to taste the jhannat taste of lahsun chutney and she figured out an exceptionally good composition for Lahsun Chutney. Which today is one of the most favourite chutneys of the foodie city, Indore.

What makes it exceptional?

There are a few harmful additions that can be found on almost every packaged food item’s label as Preservatives added, Color essence added and what not! But not to a packet of Pushpdeep chutney. This chutney is made purely with raw ingredients like tilli, dhania, lahsun, mirchi e.t.c, without any addition of chemicals or preservatives. Nature makes it capable enough of preserving these strong spices by themselves. Another ingredient that is fully avoided is ‘water’, as it is defined that even the smallest percentage of water in a product demands preservatives. The quality is never compromised! 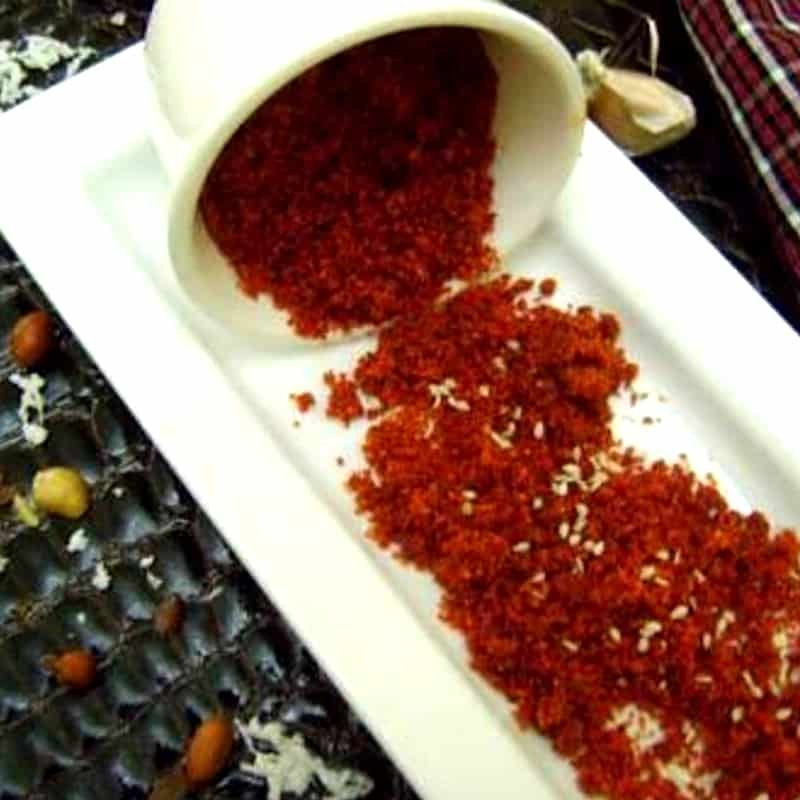 Machinery somehow destroys the real essence of spices and therefore till the date, this chutney is ground and mixed by hands just like it was done 30 years ago. A small team of ladies including Mrs Pushpa Gupta sits together in the backyard and does the whole process, just like the older ladies of our family used to do it with love. This is an all female team and so you can be sure of the quality and hygiene around the area. Just like our moms do it! 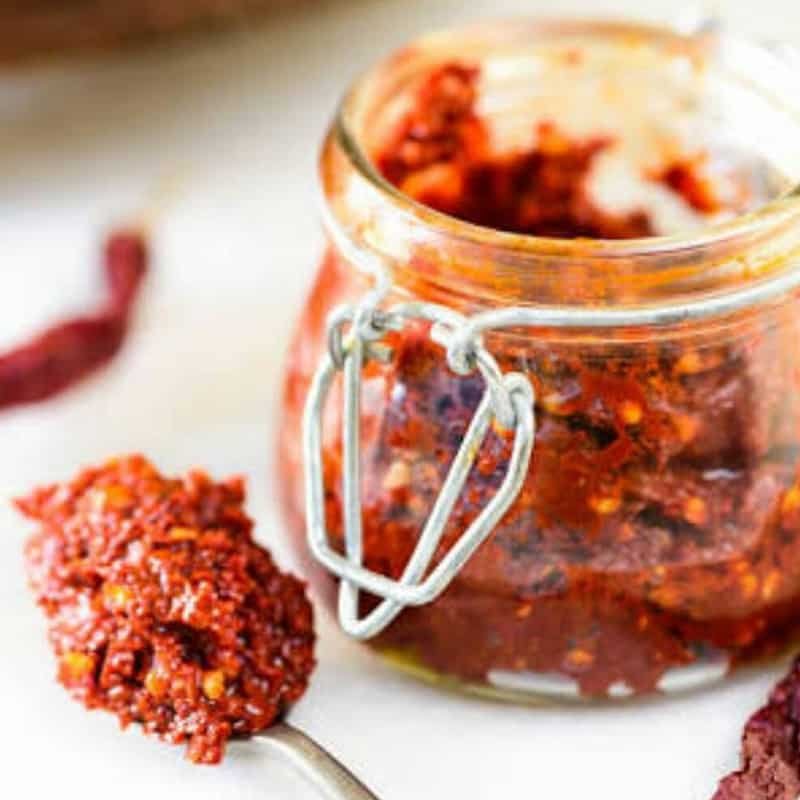 Spices Are A Small Dose of Health!

Indian spices are not just a way to turn your food into a palate of flavours but in fact, contain nutritious values that are good for various parts of our body. For example, lahsun (garlic) is believed to be really healthy for the heart and in small amounts, red chillies are a very good source of vitamin a, vitamin c and many other nutrients. The composition of chutney is made taking care of the nutritious values. It is even well known that garlic creates a lot of heat in the body and therefore no other heating spice is added in this chutney. This is a spicy but healthilicious combination! 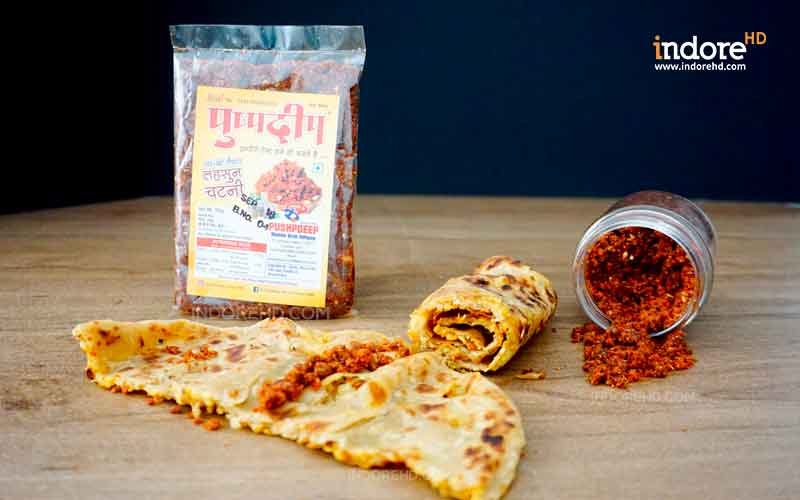 The Profit Is Earned With A Smile

You may understand this from the first sale of chilies by Mrs Pushpa, that the profit is a sweet smile and healthy customer relations. One packet of chutney costs way less than those available in the market but still with the premium quality. The marketing manager Mr Jay Gupta, son of Mr Dinesh and Mrs.Pushpa Gupta, told us that a very minimal profit is earned on each product but the high sale and demand of product makes it a huge profit every day.  So as they say, costumer’s satisfaction is the biggest profit. 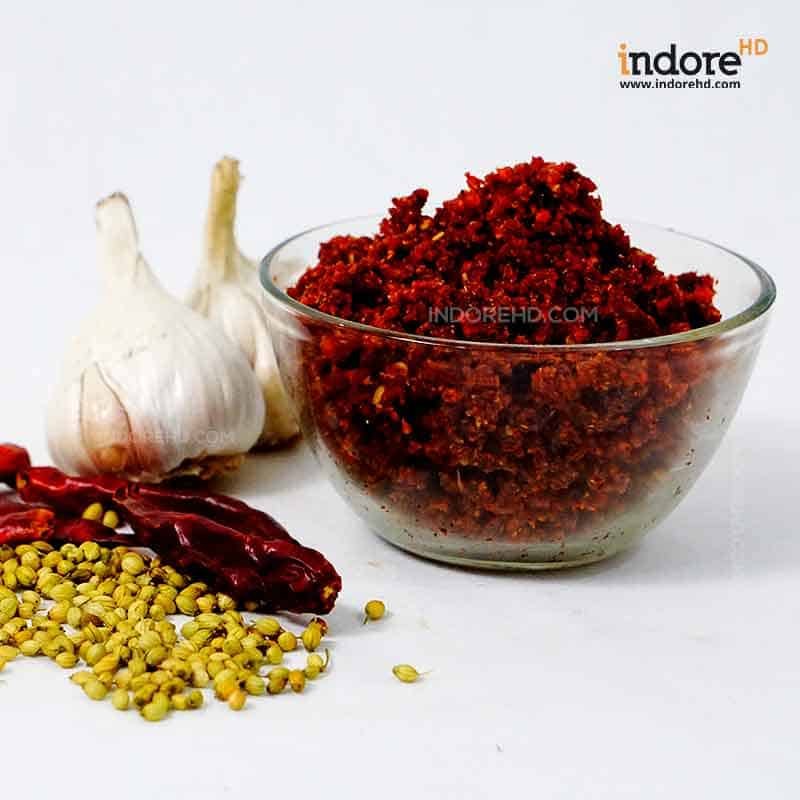 Pushpdeep Masala as spreading widely in India as they have already got a tremendous result in Indore and now touching the sky with demands in Pune, Nanduba, Bhopal and Khandwa. Mr Jay is now handling the major responsibilities and growing this family business bigger with the same ethics and quality. Though the company registered in 2016 but is winning hearts since 1986. Have you had the spicy lahsun chutney taste yet?