Auto-Walas and Traffic Rules Don’t Go Hand In Hand in Indore
October 14, 2016
About Indore, Blog
BY
iHDteam
What is the most annoying thing about Indore? If I’m gonna say the Traffic here, then most of you are going to agree with me, mainly due to the fact that it is not at all managed in Indore and moreover, it is at its worst, during peak hours. Whenever you manage to keep your cool and try to be as calm as you can during it, you will find an Auto waala, wading his path from the densest of traffic, cutting you up almost off the road. So is it the same situation everywhere or is it only at some particular areas of Indore? To find this out, team Indore HD decided to have a ride at two of the most populous areas, separated by quite a distance, during peak hours of Indore to find whether we could get our hands on a well behaved Auto Guy! 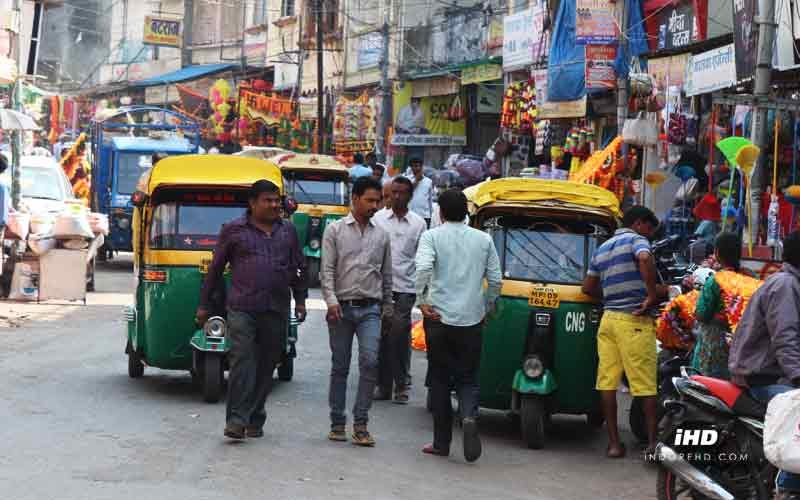 This place wins the most two wheelers accumulated at a spot award, during the peak hours of traffic hands down. This was the main reason we chose to start with this place and as this road also has too many Auto waala sneaking around here and there, it was perfect opportunity for us to catch an Auto waala like the most worthy Pokémon!
After battling red lights after red lights, we were cornered by one Auto waala, and when we were patiently waiting the light to turn green at the next signal; an auto waala on our left was busy painting the road with leftovers in his mouth, after chewing the tobacco. There was even a heart in the mouth moment, when an auto waala took a sharp U turn in the middle of a running traffic, when someone called for him. He wasn’t even concerned of the fact that what if someone’s gonna tail gate him or simply rams him from the back. He took a ‘U’ and we barely managed to have a hold on our bike.

After having quite a close stint with a two wheeler, team Indore HD decided to try the Auto waalas in Palasia in a car. The moment we stopped the car at the Palasia Square, the Auto waala came outta nowhere and scratched the back of the car, like it marked its territory. When we tried to talk to him about the recent art he painted on the car, he was like – “भिया!देख के चलो नी.” So, it was like a dose of “उल्टा चोर कोतवाल को डांटें” and without wasting more time on that, we went ahead to the Mahidpurwaala square only to find out that the left turn was blocked by an Auto waala guy and despite blowing horn to the limit, he refused to move. Finally, when the light turned green, we had the privilege to move the car.
So this was the the experience of team Indore HD with Auto waalas and after having two horrible experiences, we decided to drop the idea to check more areas of Indore and thought to as Indori Janta about it.

Do you have similar experiences when you drive / ride in Indore during peak hours of traffic? Do you battle such Auto walas in daily life too? Do drop your comments and tell us your side of the story in comments along with the area!