Impact 2017: Why You Must Attend This TEDx Event At IIT Indore
March 24, 2017
Blog, Events, Featured
BY
iHDteam

For those of you who don’t know what is TED and what this is all about, it is a non-profit collective that is devoted on spreading ideas, bringing positivity and information covering areas like Technology, Entertainment and Design. What makes them more popular and worth listening to, is their immense knowledge on the subject where they have roped in people who are masters in their own respective field.

The events at TED are independently run and who so ever wants to be a part of it, has to do just a registration with them. The entire program at TED is designed to help communities, organizations, and individuals to spark conversation and connection through local TED like experiences. Let’s see, how it helps you when you are a part of it.

Though you go there to have information n the stream of your liking by individuals who have immense source of it, it also helps you to have a local connect and meet like minded people who brew some imagination and thinking as yours. This gives you an opportunity to expand your contacts which otherwise wouldn’t be possible for some people, especially if they are looking forward to connect with peeps from their own fraternity.

When was the last time you came across something that was truly out of the box and that let you come up with a really bright idea? We guess that was quite a long time ago, right? With TED you get to reshape your thinking as they have some really creative and working ideas to share that not only helps to kindle the minds of the youth but it also enables them to ideate and enter constructive peaceful dialogue so that they nurture scientific thought and development in technology, promote equality, freedom and secularism in society.

With more than 8 speakers to share their ideas with you which will enable you to dive deep into the streams of information and knowledge, you can be sure to get all the ideas you need; be it your business, start-up or any other thing per se. These speakers’ aims to inculcate in people the sense of universal responsibility while respecting the virtues of individuality and aspire to inspire people towards humanitarian services with transformative potential of the human mind. 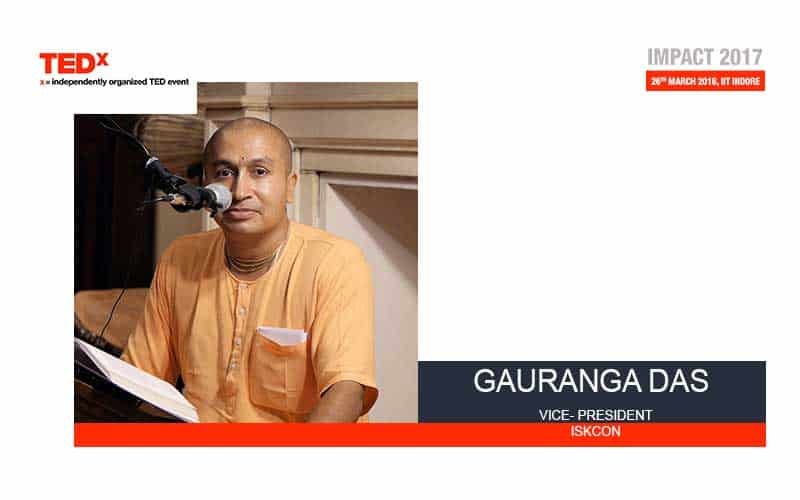 With an undergraduate degree in Metallurgical Engineering from the reputed IIT Mumbai, he is leading the Govardhan Eco Village Facilities, Nursery, and the Green Buildings Construction (CSEB). He has bagged many awards for GEV by presenting the Symbiotic waste management systems followed in GEV in various reputed conferences like CII, SKOCH, and FICCI. He is instrumental in bringing up the new Vedic culture and education centre in GEV. He is also currently leading the much awaited Vrindavan Biodiversity project at GEV 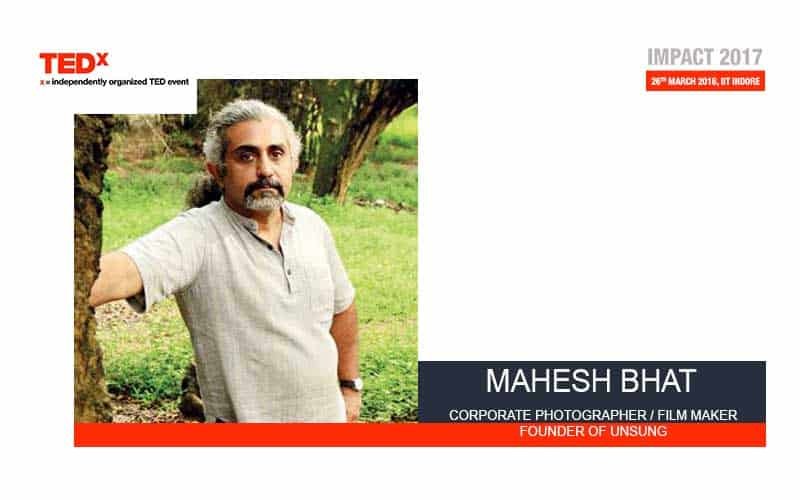 He has been commissioned by publications from over twenty countries in his career which has spanned over 30 years. His work has spanned a variety of genres such as advertising, interior, and architecture, corporate, portraiture, documentary, and photojournalism. Along with his professional practice, he enjoys working at “Srishti Institute of Art, Design, and Technology-Bangalore.” He was one of the four photographers to work on the ‘Re-Imagining the People of India’ under the aegis of the inaugural Neel Dongre Grant (2013). His work has featured in prominent exhibitions like CLICK – Contemporary Photography in India at Vadhera Gallery -Delhi and London (2008), Goa International Photo Festival (2015), Dali International Photo Festival, China (2015) and India Photo Festival at Hyderabad (2015) to name a few. 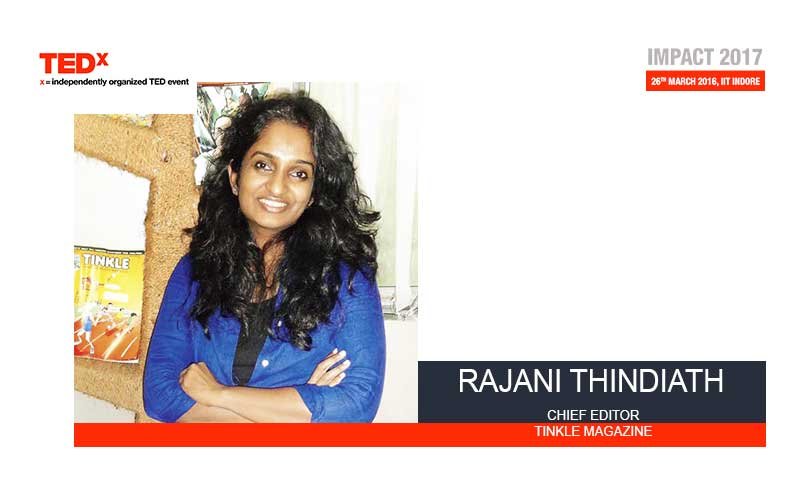 Over 12 years in publishing, she has at various times ideated, plotted, and scripted original stories of fiction; researched, written and edited features; conceived new comic characters; and given a fresh look to an existing magazine/book. In the course of this journey, she has been a writer/sub-editor at Navneet Publications for 4 years, an assistant editor at Tinkle (India’s most popular English-language monthly comic’s magazine for children) over 4 years and then took over as the magazine’s Editor 6 years ago, in 2011. 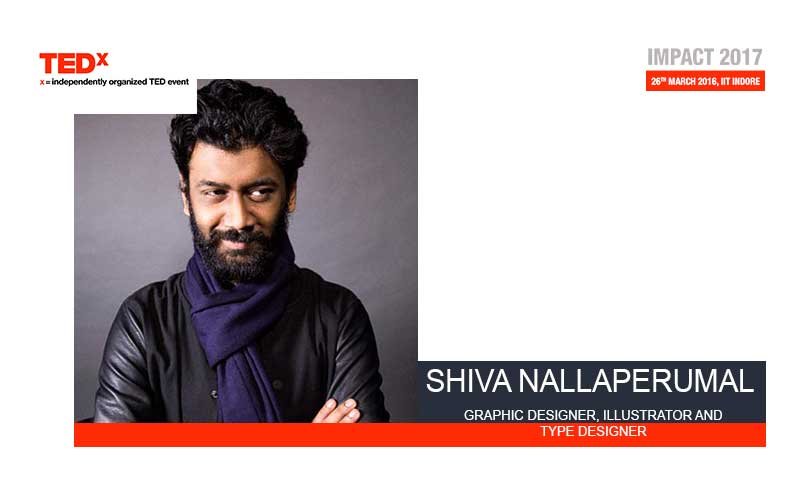 Shiva Nallaperumal is an Indian Graphic Designer, Illustrator, and Type Designer. After completing his undergraduate studies in Communication Design from DJAD, Coimbatore (2013), he enrolled in the MFA Graphic Design program at the Maryland Institute College of Art (MICA), Baltimore, USA (Grad. 2015). As an independent designer he has designed identities, exhibitions, illustrated works, and publications for various international clients. As a type designer he has worked with ITF, Lost Type Co-Op, and Typotheque. He now works full-time at ITF at the Ahmadabad office developing new typefaces. While a student he interned at Grandmother India and Pentagram (Abbott Miller’s team). 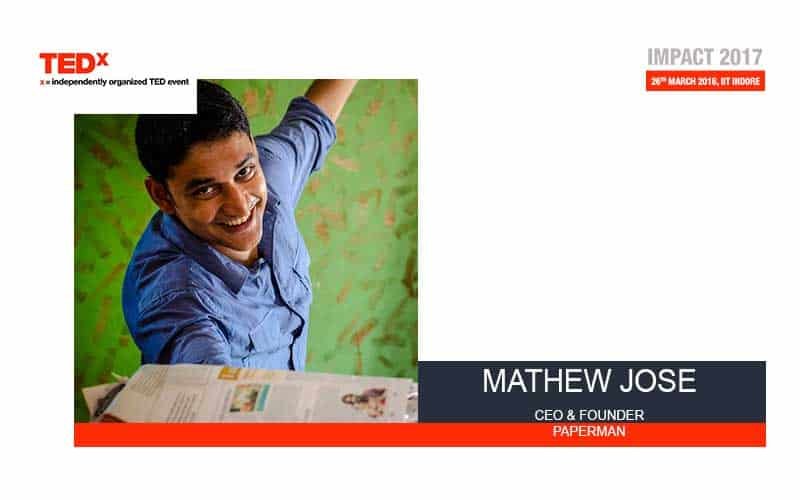 Mathew Jose is a social entrepreneur, who is championing the cause of recycling by his social venture called Paperman. This agency is almost making a paper revolution in Chennai, by connecting over 280 local scrap dealers to 3,500 households to ensure scrap is collected, weighed, and paid. Paperman charges the kabadiwala 5 percent of the total value of each transaction as revenues. They have also connected NGO’s to people who are willing to donate papers and plastics. The NGO’s, in turn, utilizes this to raise funds by selling them. 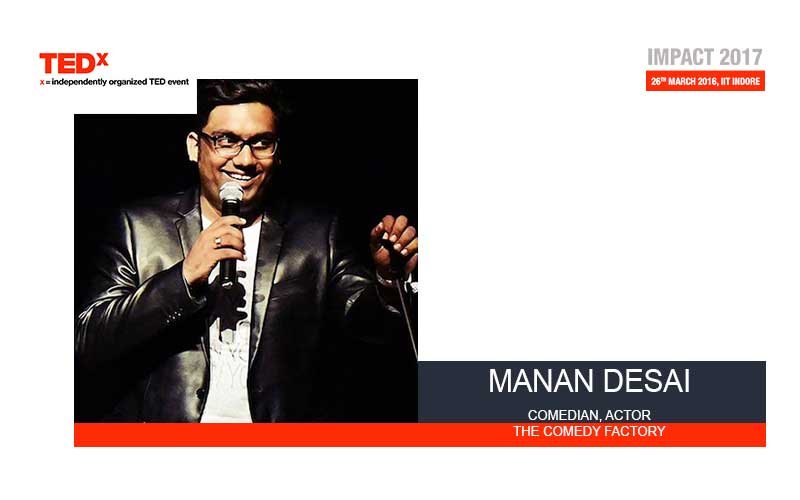 Manan Desai is a popular Indian Stand-up comedian, who is currently appearing in the popular comedy show Comedy Night Bachao Season 2. He gave up a career as a Radio Jockey after working for 7 years as a prime time jock in some of the leading private radio stations of Gujarat. All for the passion of bringing live comedy entertainment in Gujarat. As a performer, Manan loves to weave content that talks about the cultural nuances of India. He strongly believes that every aspect of our diverse culture has a lot of comedy to offer. 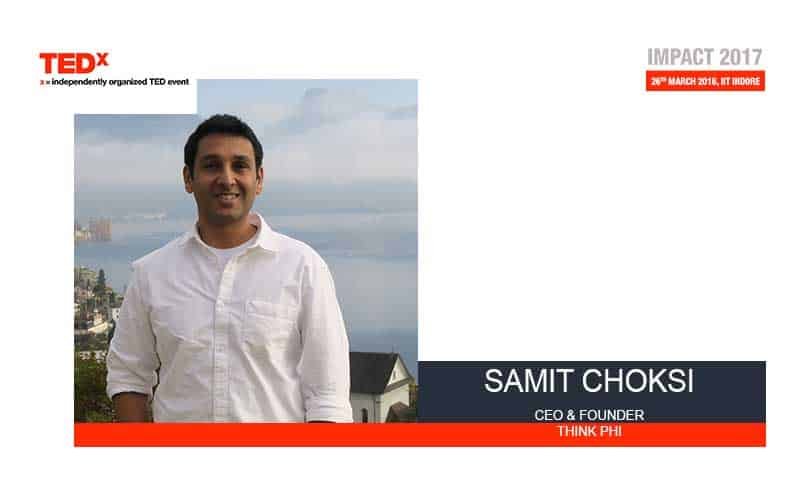 Samit Choksi is the Co-founder of Thinkphi a clean technology company innovating sustainably engineered products that help intelligently conserve water, energy, and waste. Prior to this, Samit has co-founded and worked at various start-ups in India and Silicon Valley as a software architect and developer. He has worked closely on product development at a Fortune 500 data base technology company while living in the USA. Spending most of his life outside India, upon moving back he was motivated to build products that aspire to have global standards in quality and finish. With a love for the nature and the environment he is currently realizing his dream of building simple but intelligent products that influence user behaviour to conserve earth’s natural resources. Thinkphi’s first product is a patented system which smartly converges water harvesting and renewable energy for open spaces in smart cities, industries, or large campuses. 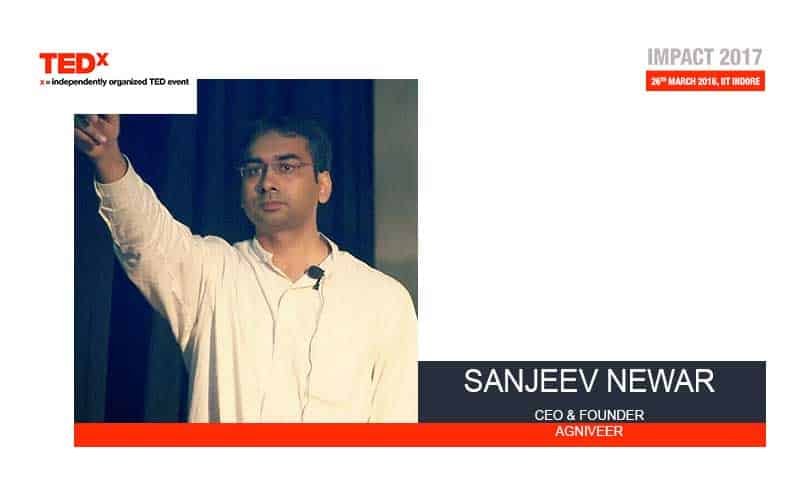 He is the founder of Agniveer – one of the most influential social and personal transformation movements among youth in India. His writings, lectures and ground-level activities have transformed thousands of lives, preventing large number suicides, reforming several cases of depression and drug-abuse, and bringing success and achievements in many.
He also specializes in Vedas, Gita, and Yoga philosophy whose imprints are evident in all his outputs and implementations.

Indore HD urges you to be a part of IMPACT 2017 not because it is happening at your city, but because it will give you huge opportunity to explore knowledge and information alike. What’s more, the participants will be provided with FREE LUNCH from IIT and they also have a FREE PICK & DROP facility to everyone who has registered themselves for the event. So if you have not registered yourself for the same, do it right now!