A small initiative by a bunch of inspiring  youngsters, powered by social media is creating a difference by feeding, educating, and arranging basic necessities for a decent living. Read on to find how!

In today’s world, we hardly ever take our eyes off the phone and stop to look around! Well, life goes on, and in the midst of our heated homes, and perfectly tuned lives, there are people struggling for a day’s meal, and a warm blanket to have a good night sleep. Today, we will walk you through a young volunteer based initiative that is helping countless lives on a local, and national basis. 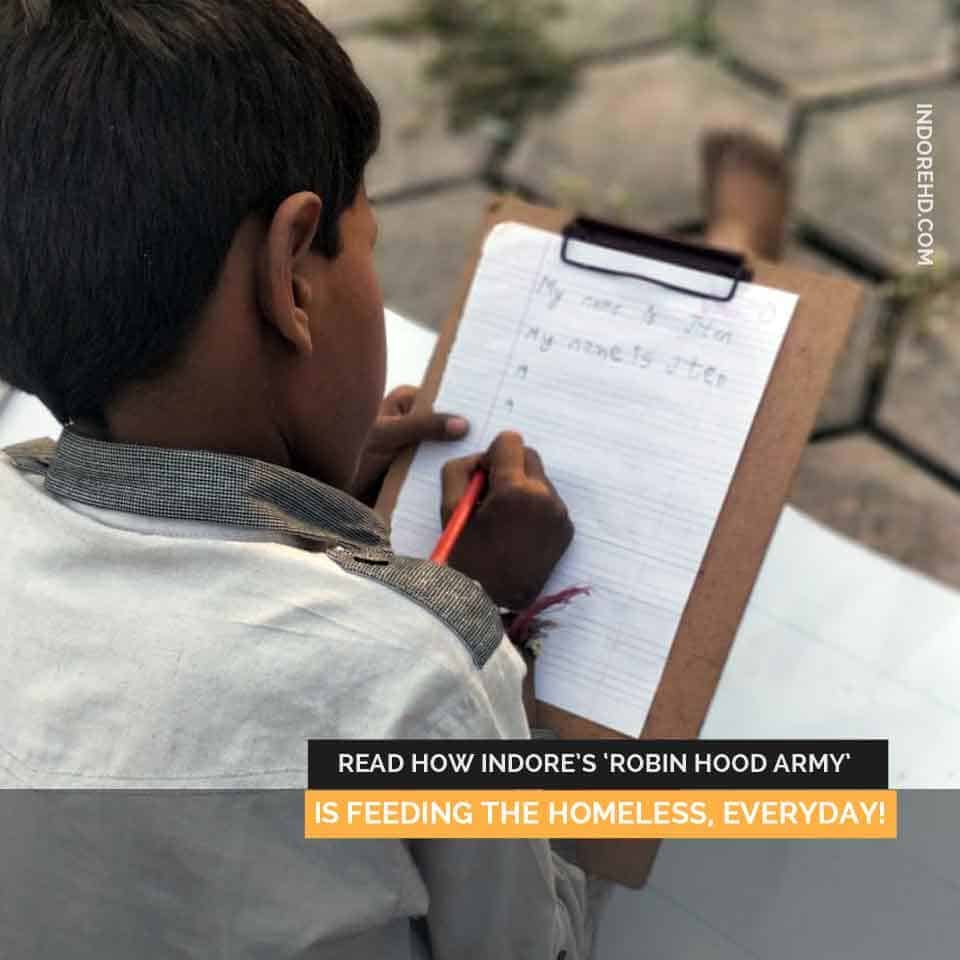 How does it work?

Spread in 41 cities and 10 countries with around 9000 volunteers, the entire initiative works on surplus food from various sources. They get random calls from weddings and functions who want to distribute unused food. The volunteers also personally collect food from hostels, offices, that is roughly equal to 10 to 80 meals, unused due to various reasons.

The volunteers not only work during the day but also during the night collecting food from restaurants, with regular food incoming twice or thrice a day! The Indore Chapter of RHA has managed to serve 48000 hungry stomachs till date, and several big hotels like Effotel, Lemon Tree and various others are already contributing.

The group is different from other social initiatives in its refusal of monetary donations: “People feel that when you donate money you never know where the money is going, whether it is even reaching the right people or not. There is a certain amount of distrust. We didn’t want to get into that,” says a volunteer. 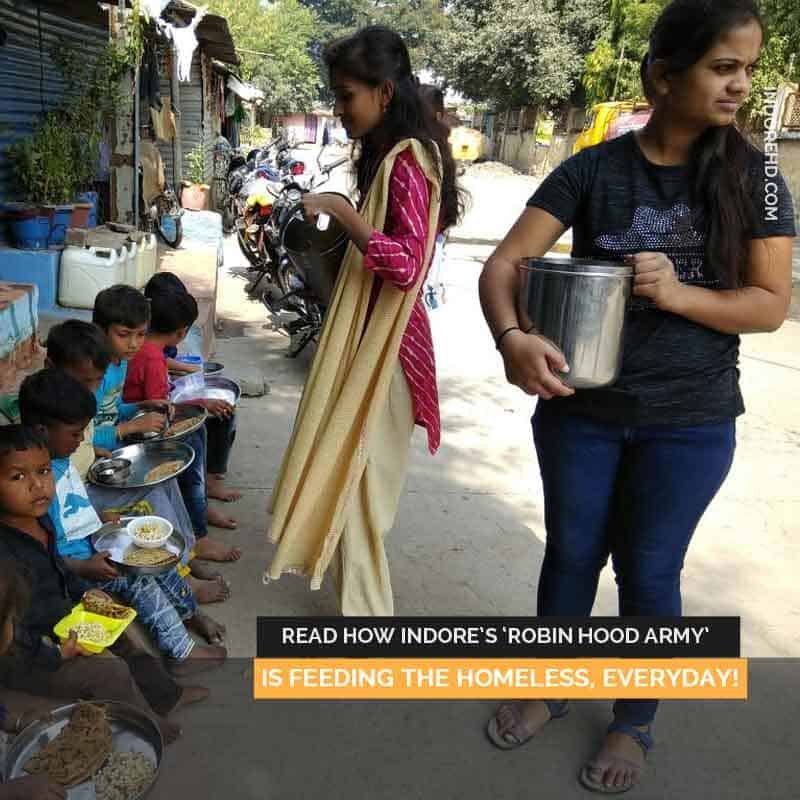 A staggering 194 million people in India go hungry every day. One in every four children is malnourished, making the country home to one third of the world’s malnourished children. Close to 3,000 of these die every single day, due to diet related illnesses.

To provide this section with food and a stable meal, Robin Hood Army Indore Chapter stands to its name and works silently! 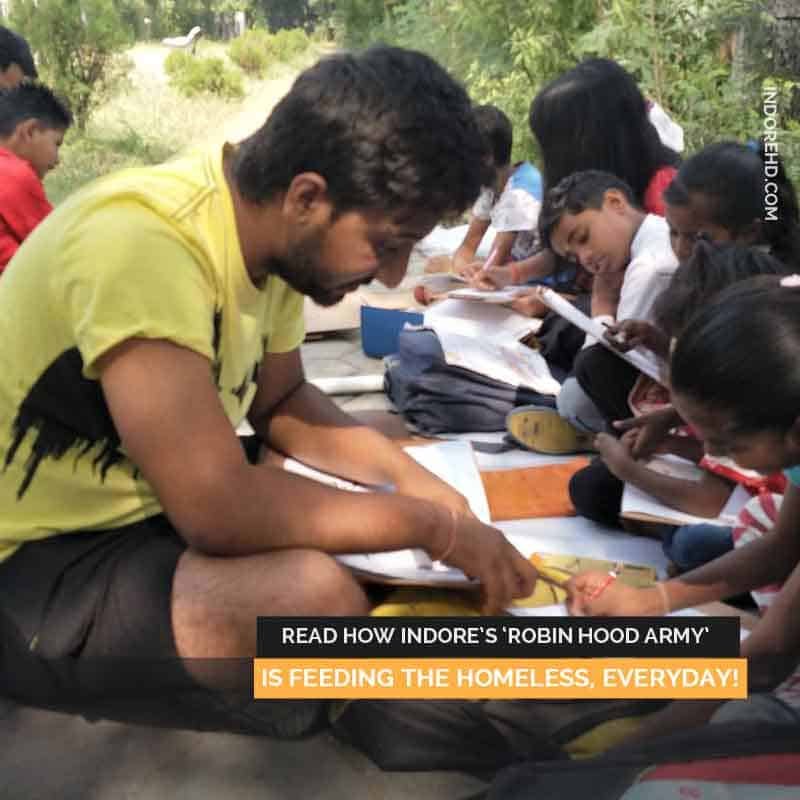 When did it start?

Neel Ghose started the initiative in 2014 in Delhi. He is now the Vice President International Operations of Zomato. The trail around the city,Before zeroing in on an area, a food drive is conducted, members of the group visit the area and understand. They feel it is very important that are able to reach out to the right people, the people who need them the most.The team is  willing to collect from any part of the city. Most volunteers have full-time jobs, but still find time to give to the cause they genuinely care for!

The volunteers are also closely working with old age homes; For education of young homeless kids, their admissions in government schools and follow ups regarding the same. Despite the causes they are working for, they don’t operate through an office, and have a no donation pact, so as to maintain transparency. 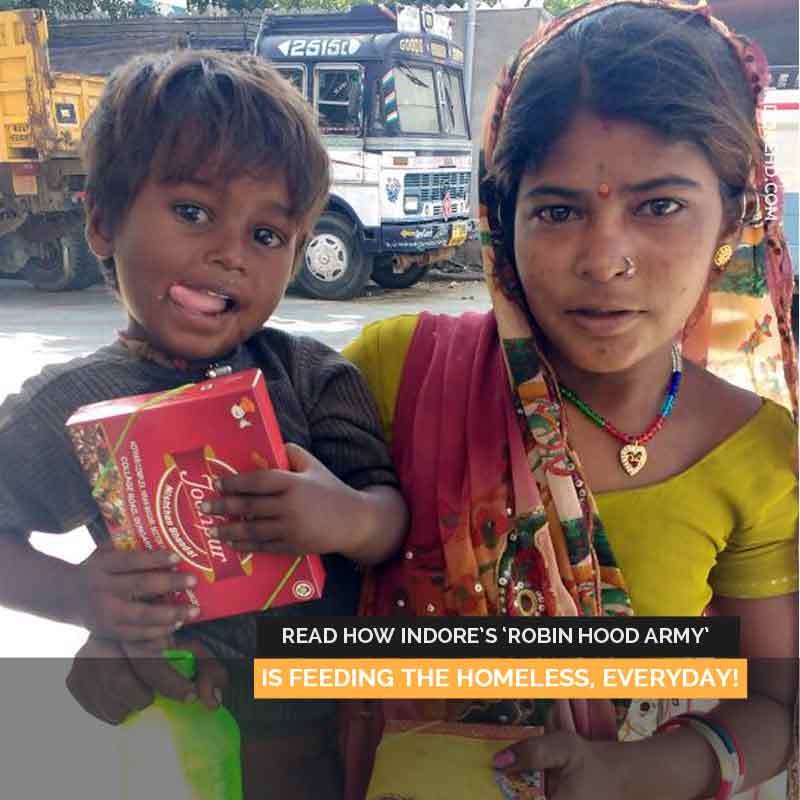 “We also wanted to make a point that everyone can do social work. People usually think that social workers have their entire day involved in this; that they don’t have corporate jobs or that those who have jobs and families cannot take up social work. But that’s not true. Everyone can do it,” says a volunteer.

The volunteers spend about three to four hours a month on the initiative. That’s how much time you would spend watching a movie. Think about it!

You can donate food, clothes, stationary, toys, anything but money!

Let’s contribute our parts in shaping the society, shall we?