An extrovert traveller and an introvert from the core this boy from Indore realised he couldn’t be a chooser but could definitely be a choice maker. He chose to take challenges at a very young age, he chose to be an achiever, he chose to be a Travelpreneur!

Aakash Ranison born as Aakash Mishra had a dream as every child to own a bicycle, the dream came true only when he grew into a young lad. He discovered his passion for traveling and made his bicycle the only worthy companion to travel with.

The Spark behind Aakash’s story 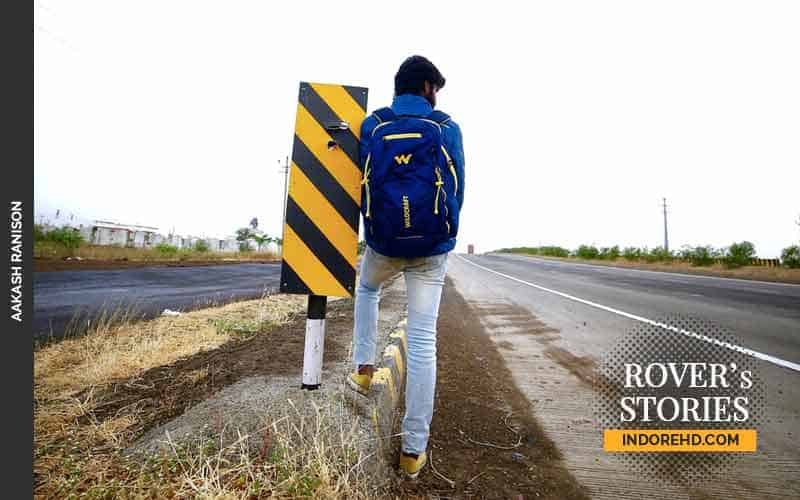 A dream, a change maker, Aakash at the age of 15   founded “The Golden Bird Foundation” a ‘Non-Governmental Organisation”. Along with the other volunteers from “IIM, IIT, Symbiosis, Nirma University & 8 different countries.

The NGO was a result of a problem he faced –Affordability. He as a 14-year-old wanted to enrol for a course in the computer but couldn’t afford it. So at the age of 15, he took a job with Tikona, an internet service provider. When most of the children his age were living a protected convenient life, the idea of equal opportunity had already begun to stir Aakash’s mind. At 15, he started the NGO. Later, he grew up to be an ethical hacker a certified graphic designer, a traveller and a motivator! All of this being a result of his struggle and hard work. 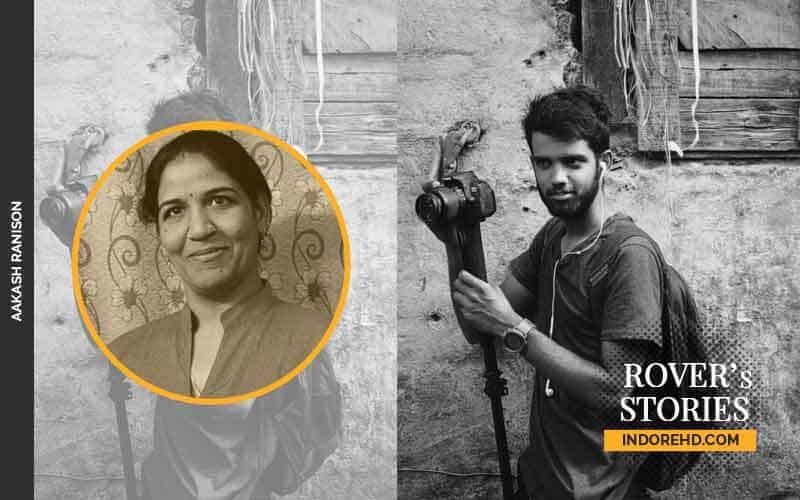 In his personal life, another change he made was to change his surname from ‘Mishra’to ‘Ranison’. He decided to name himself Aakash Ranison while travelling from Chennai to Bangalore. Aakash loves his mom the most, so he removed his father’s family name “Mishra”, which he didn’t relate to, nor does he believe in any specific religion or community and so changed his second name to something associated with his mother’s name. “Rani” being his mom’s name he added it to “Son” the relationship he shares with her, wishing to make her feel a proud mother of an achiever son with his actions and never deviating from the values she has imparted to him.

The Origin of a Lone Traveler 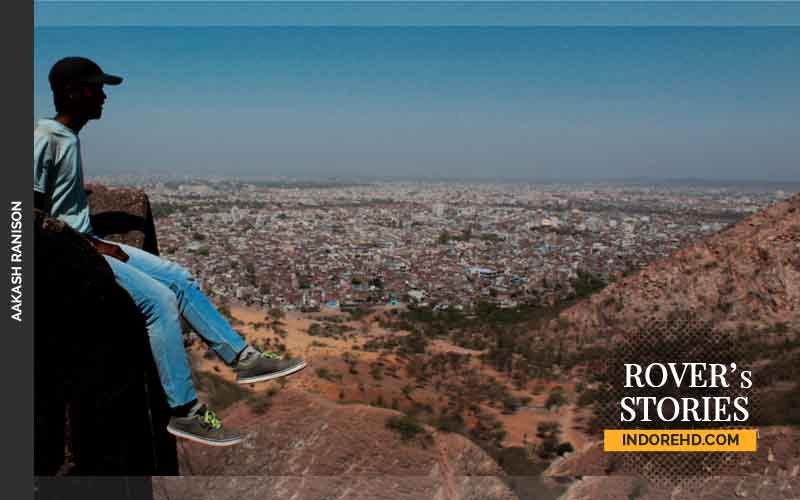 Since childhood, he had travelled with his parents. Later in 2011, he started traveling alone. He went to Delhi for getting his NGO registered. Then he went to few other cities with friends for work. Finally, in November 2013 he became a lone traveler when for the 1st time he went from Indore to Mumbai on his bicycle.

For Aakash to travel is to walk, cycle and hitch hike
(travel by getting free lifts in passing vehicles.)

He has walked for miles and miles, has cycled for 18000kms and Hitch hiked for 48000kms.Since 2013 he has visited 80 cities across India. In the last 2 and a half years he has been traveling regularly and has been to different parts of India and Bhutan. Namely he has been to: Mumbai(Maharashtra), Delhi, Bangalore(Karnataka), Jaipur(Rajasthan), Hyderabad(Karnataka), Chennai(Tamil Nadu), Bhopal(Madhya Pradesh), Pondicherry(Tamil Nadu), Gangtok(Sikkim), (Kolkata)West Bengal in India and Thimphu, Paro, Haa, Bumthang, Phuentsholing in Bhutan.

The Crest and Troughs of his Travelogram 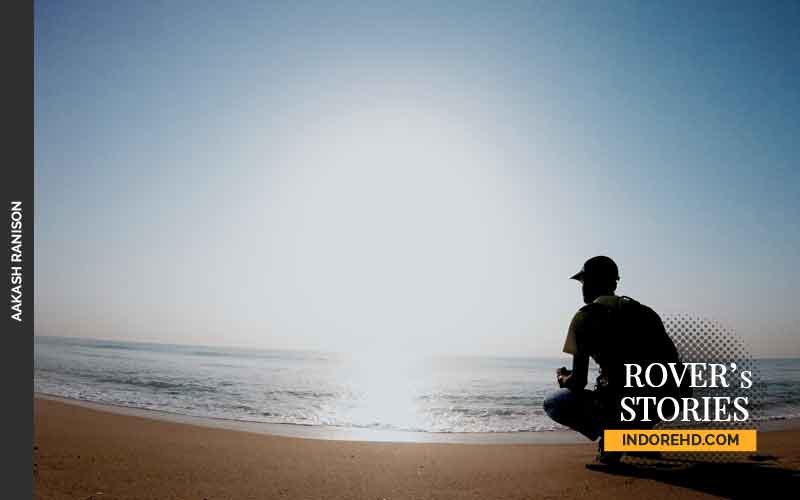 He began his journey on December 5, 2013, from his home in Indore and reached Bihar after visiting various cities. Till December 2013, he had spent only Rs. 30,000, mostly on food. Aakash said Hitch-hiking is free. Some people provide food after they get to know you. As for resting, he goes to Gurudwaras or Dharamshalas where food is free..most people are willing to help strangers. One common thing he noted, is that people want to know about your caste or religion. He normally discourages such conversations, as he is not a believer in religion nor does he flaunt a caste identity. Lately, he has been sponsored by brands like GoPro, Woodland, Wildcraft, Suunto, Adidas etc. with which he meets his goals.

Learning and Inspiring Through Traveling 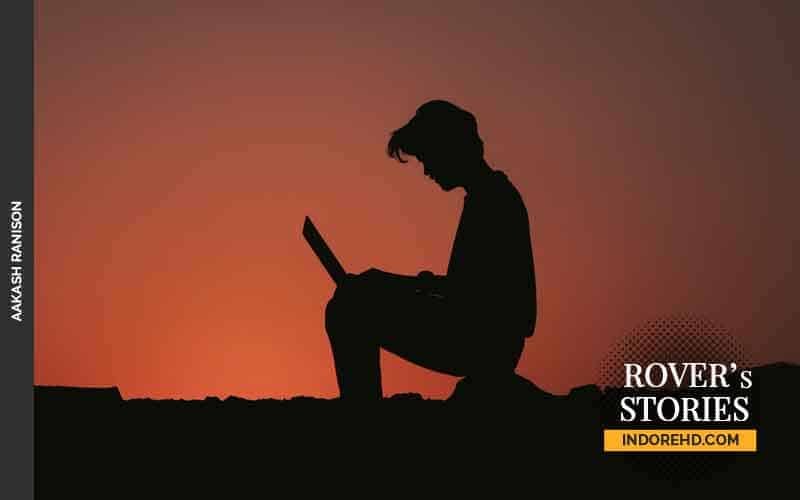 While he cycles and hitch hikes he meets people from all walks of life, with every new trip he learns the real problems people face, what life is to his countrymen and how he can help them. Ranison says he has learned to build trust in strangers, carefully analyzed people, has had zero expectations while traveling. He has taken risks, learned to adapt; developed his convincing power, traveled without money and has spread awareness about cleanliness, sanitation, women empowerment etc.  To share the same he has also given talks and motivational speeches at platforms like Tedx, Google Talks, Josh Talks and various institutes, companies and government departments.

Stay tuned at www.indorehd.com for more insights about our very own travelpreneur’s journey, Rover’s stories, travel tips, and experiences.