5 Monsoon Food Items of Indore that You can't Resist
July 11, 2016
About Indore, Blog, Food
BY
iHDteam

Monsoon Food Items of Indore can be an endless wishlist by wide spread chatora population all over from the city.  But Let’s start it this way – When it rains in Indore, no wonder, what is an average Indori person thinks off while watching the rains ?? Yes, you are right from your heart – undoubtedly it’s FOOD! There are millions of options for an Indori in the menu but he/she will be a choosy one when it comes to the rainy food items.

No matter how far or near, or how long it would take to attain that first grab of happiness, an Indori would be all set for the struggle of crossing traffics, tearing the crowd apart with Bhiyaa- Ek min Side hona tau & much more like that to just land up in front of his favourite thiyaa(shop in Indori slang).

Considering all the pre-actions an Indori does to reach out to their favourite monsoon food, we would like to share their monsoon food item list to everyone. 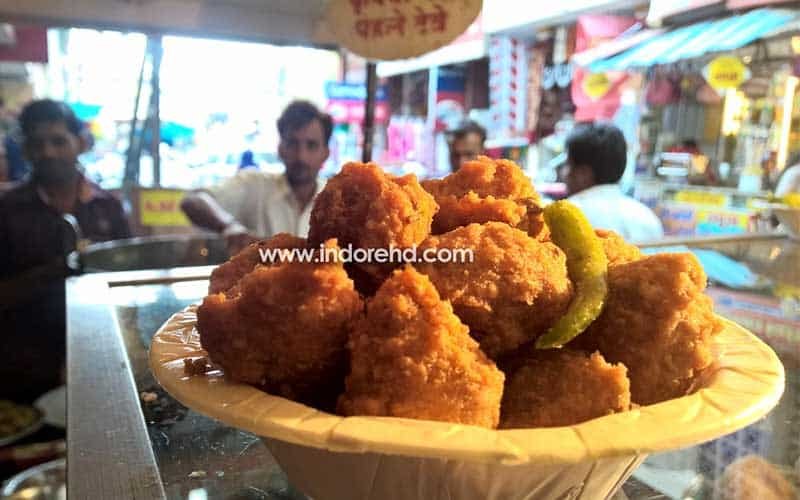 Moong ke Bhajiye in Indore is the first choice even in the dreams if they see it raining , Yes ! We really mean that … & If you are visiting Indore in monsoon; No wonder if you see a huge bunch of people just falling over each other at bhajiye ka thela along the street shouting – 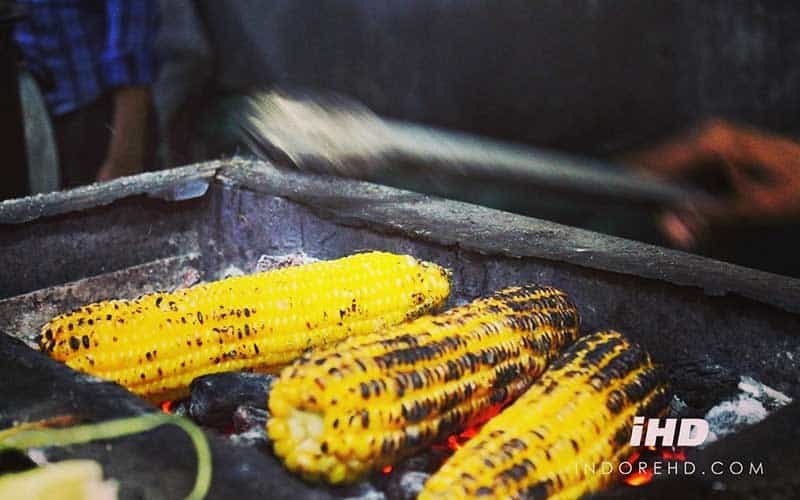 People in Indore also have an inborn monsoon induced crave for corn/bhutte which are roasted over sigdis and then marinated with butter,  jeeravan & lemon. They just cant stop themselves buying one and then chewing it from the intact bhutta. You will also find them giving a heartfelt instruction to the thela owners : 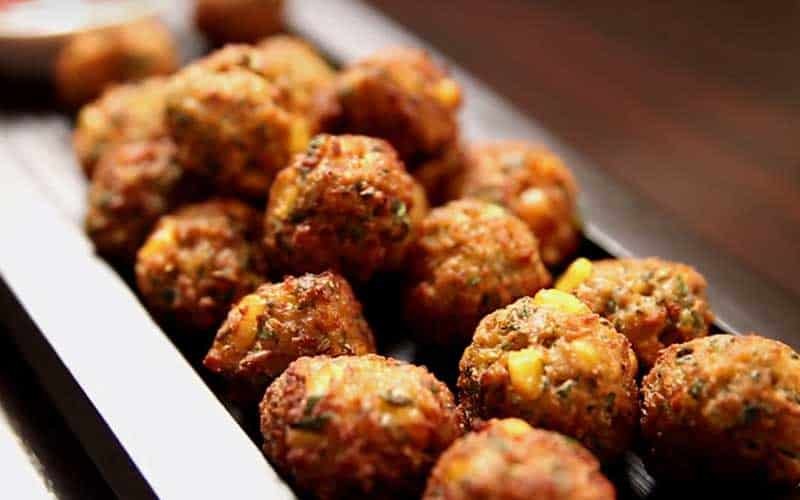 The next on the list is the mouth watering corn bhajiya, which is loved by most of the corn lover. It is served along with pudina chutney & chaat masala. 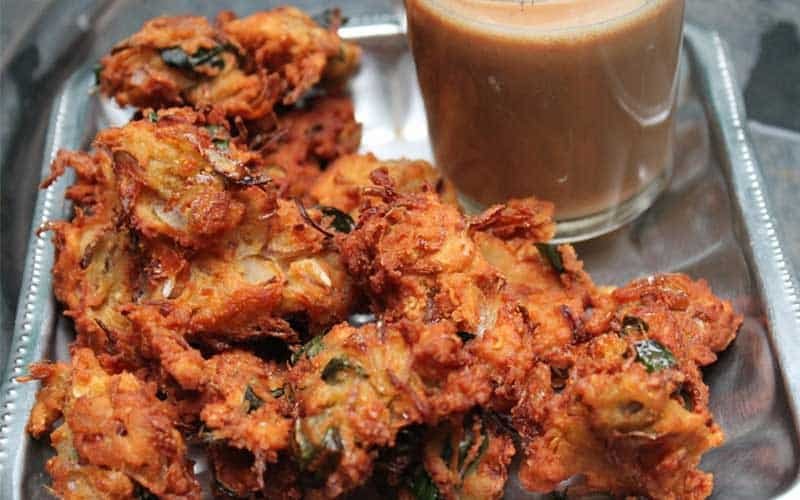 This combination of pakodas with chai are for those who just like to enjoy the rains at their home either from the window or from their balconies. 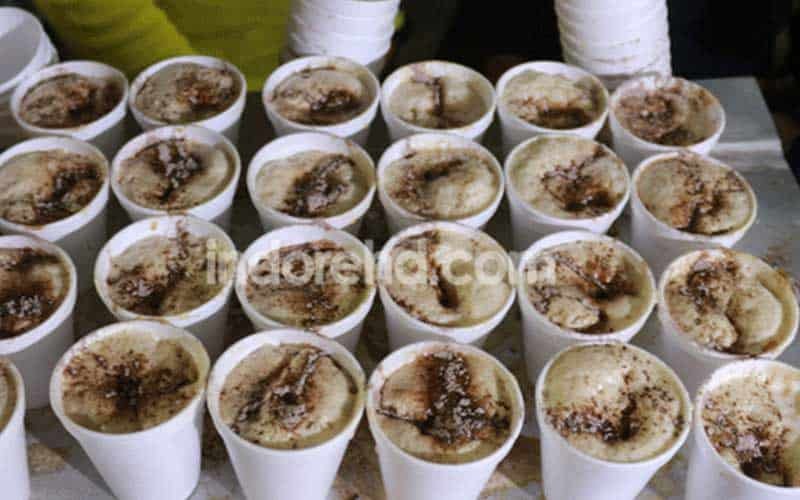 And last but not the least for all those who are hanging out on their two wheelers & drenching in the rains; eventually heads towards the chappan dukan to savour the hot coffee standing in amongst the young crowd of Indore.